This Healthier Muffuletta Sandwich is lightened up so you can enjoy the full flavors of a Muffuletta without the guilt. Sponsored by Mezzetta.

Have you ever heard of a Muffuletta? It’s a popular sandwich that originated in New Orleans among Italian immigrants. Think of it as a giant sandwich, traditionally made using a large, round flattened loaf of bread with a texture similar to focaccia, except lighter. Sometimes Muffuletta is misspelled Muffaletta, but no matter, we’re talking about the same sandwich here. 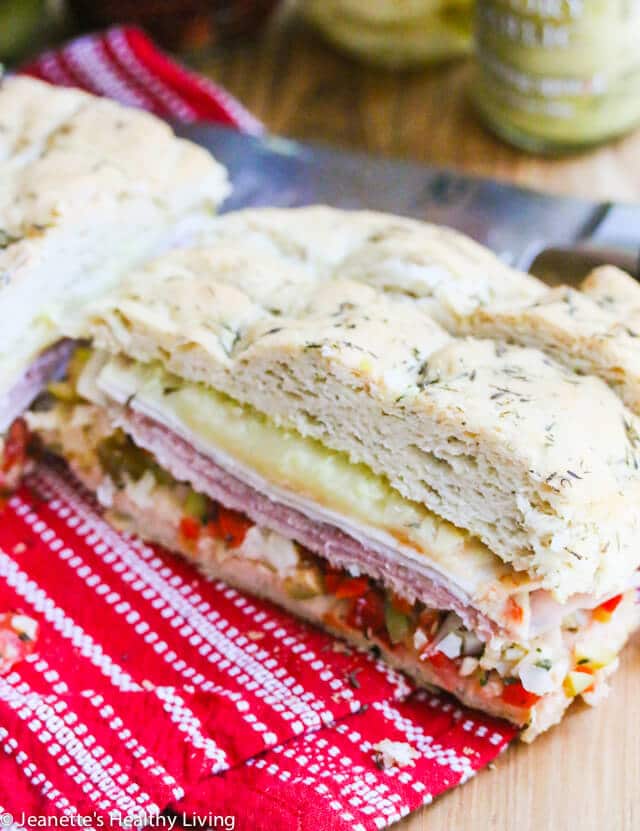 I first saw this sandwich being made on Emeril Lagasse’s show a number of years ago. Muffuletta is a giant layered sandwich, including a marinated olive salad, various Italian cured meats (ham, salami, mortadella, cappocola), and cheese (mozzarella, provolone cheese, fontina). The marinated olive salad is a main part of the filling, a pickled salad of sorts, made with olives, giardiniera (a pickled salad of cauliflower, carrots and celery), oregano and garlic, and covered in olive oil to marinate before using. 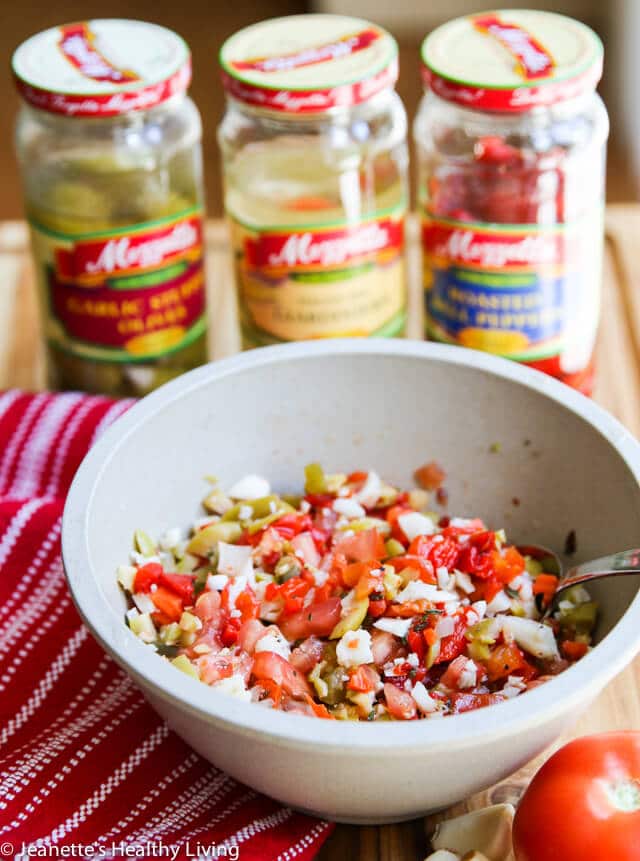 Recently, Merzzetta challenged me to make a sandwich using at least two of their products to kickoff their $25,000 Mezzetta Make That Sandwich Contest. So, I came up with this Healthier Muffuletta Sandwich to inspire you all to create your own sandwich to enter in the contest.

I love a challenge and you might say I’m a bit of an over achiever sometimes. I actually incorporated five of Merzetta’s specialty food products in this Muffuletta sandwich – garlic stuffed olives, giardiniera, roasted bell peppers, garlic spread and red hot chili pepper spread.

All the products I used were gluten-free, vegetarian, low-calorie, low-carb and low-fat, and are available nationwide. What I liked most about using these ingredients in this sandwich was that they added lots of flavor without the fat. That’s one of the tricks to healthier sandwich making – low-fat condiments like pickles, garlic spread and red hot chili pepper spread can stand in for traditionally higher fat ingredients (e.g., mayonnaise or lots of olive oil in the case of a traditional Muffuletta) while adding bulk with fewer calories (e.g., not only does the olive salad with pickled vegetables add lots of flavor, but it also adds bulk to the sandwich so you can get away with less meat in this Muffuletta).

A traditional Muffuletta is packed with deli meats and oil-laden olive salad, so it can be loaded with fat and calories. I’ve lightened up this sandwich and made it healthier without sacrificing on flavor with a couple of tricks:

To assemble the Muffuletta, I put a healthy amount of the olive salad with olives, garlic, roasted peppers and tomatoes on one half of a loaf of bread (gluten-free foccacia bread pictured below). 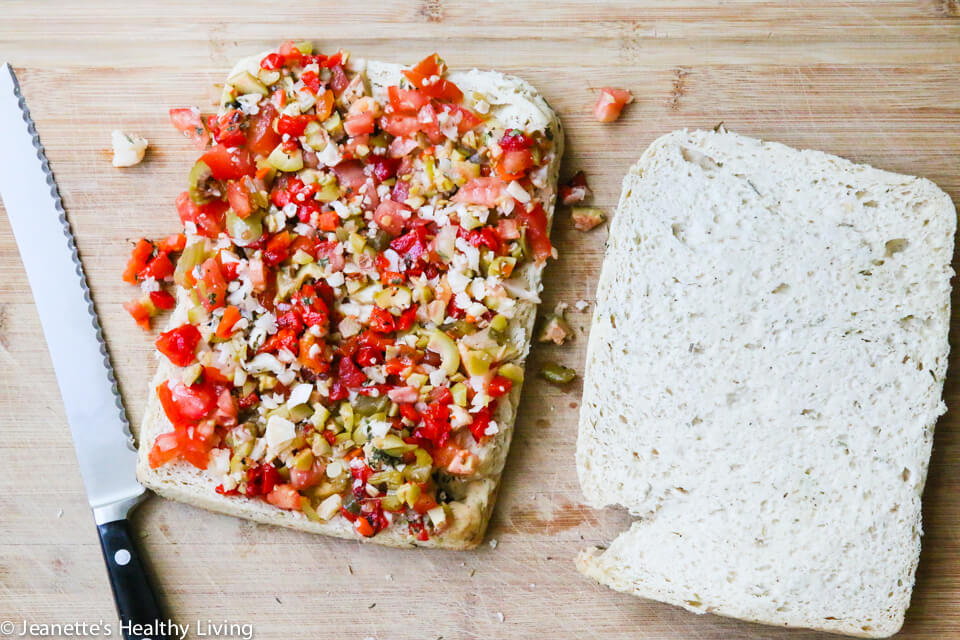 Next, I layered on some salami, ham and turkey (I used antibiotic-free, hormone-free meats). 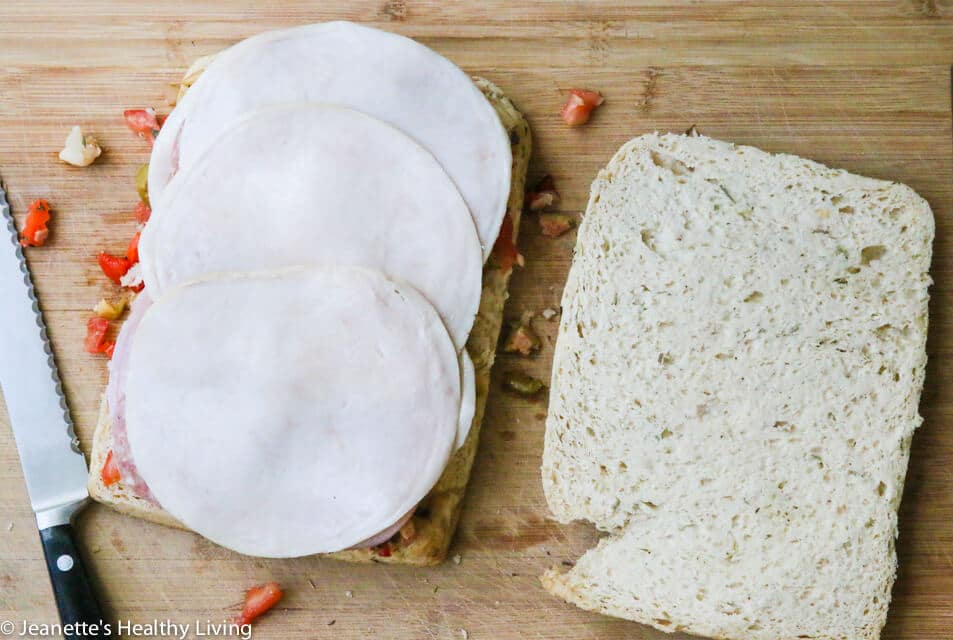 Next, I spread on some Red Hot Chili Pepper Spread and Savory Garlic Spread. 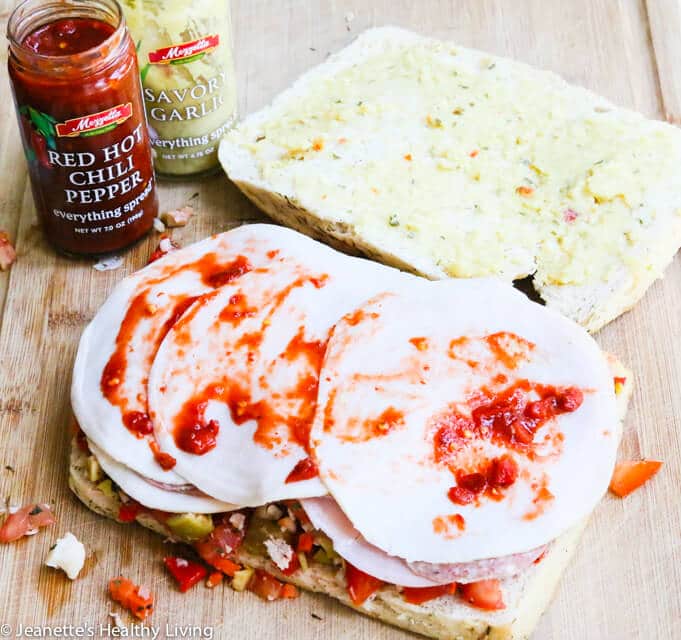 Then, I melted some cheese on top. 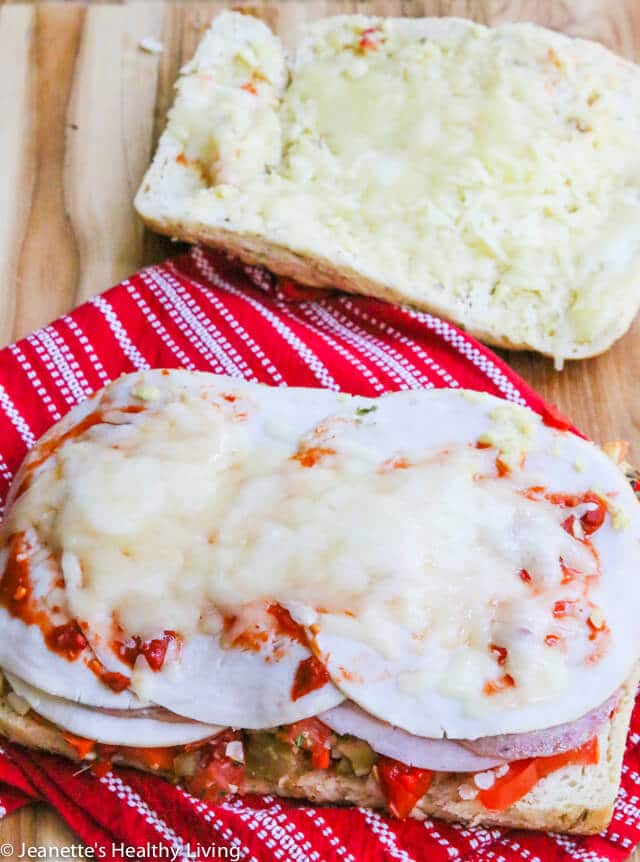 This Healthier Muffuletta Sandwich is packed with flavor and color from a mixture of pickles, olives, roasted peppers, tomatoes, Italian seasoning, full flavored spreads and a touch of extra virgin olive oil. 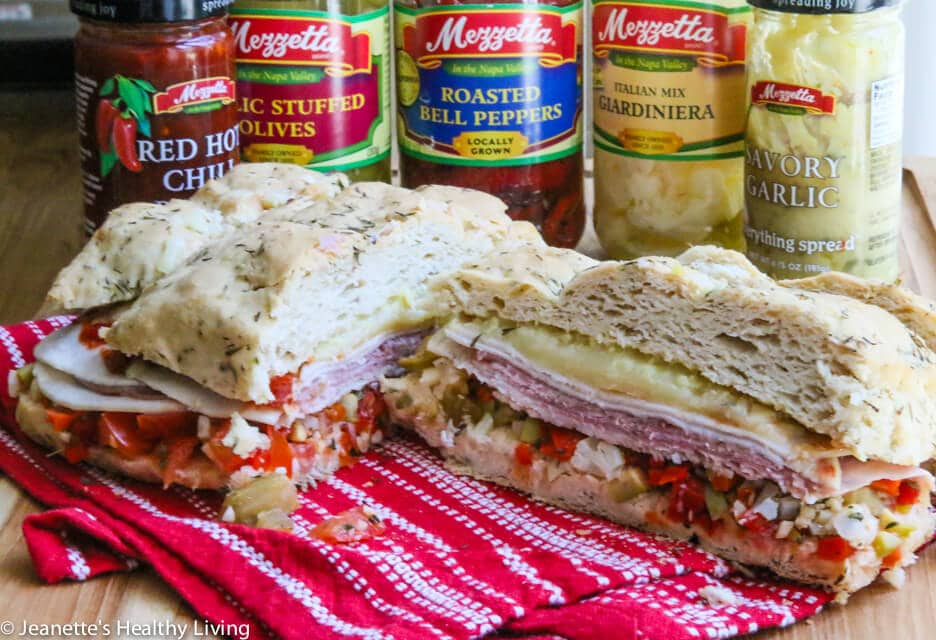 I’ve made this Healthier Muffuletta Sandwich several times already this summer, including for our 4th of July picnic, It’s a crowd pleaser and perfect for a party. Here, I used Roman Bread that I found at the farmer’s market.

And here, I used a loaf of whole grain sourdough bread. 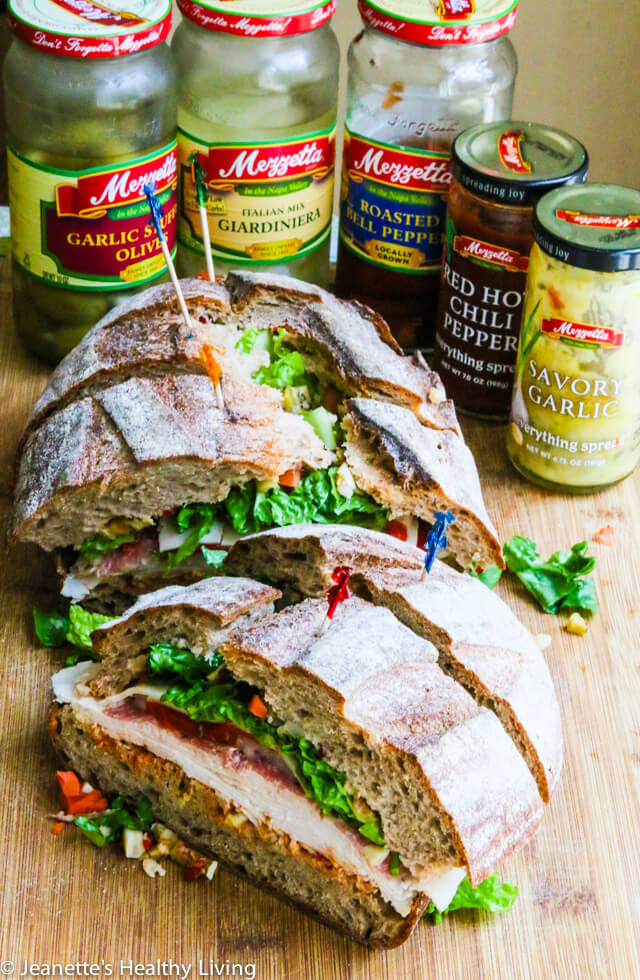 You might call this a healthier Muffuletta Sandwich “clean” version of the Subway Italian sub sandwich. That’s one of the biggest advantages of making your own sandwiches – you can use higher quality, cleaner and healthier ingredients.

Now, it’s your turn. Put on your thinking caps and get creative with your sandwich making. Enter your own original sandwich recipe using a minimum of two Merzzetta or Napa Valley Bistro products for a chance to win $25,000. Two runner-ups will receive $1000.

Disclosure: This is a sponsored conversation written by me on behalf of Mezzetta. The opinions and text are all mine. Comments submitted may be displayed on other websites owned by the sponsoring brand. 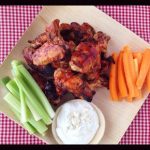 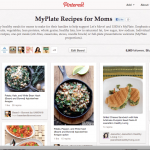 Easy Ways To Feed Yourself and Your Family Healthier 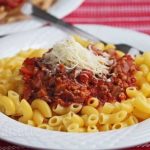 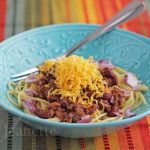 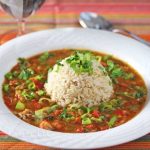 Eating Healthier On The Road