This Slow Cooker  Filipino Chicken Adobo is a simple and humble dish, modernized a bit by the use of Yondu Sauce. 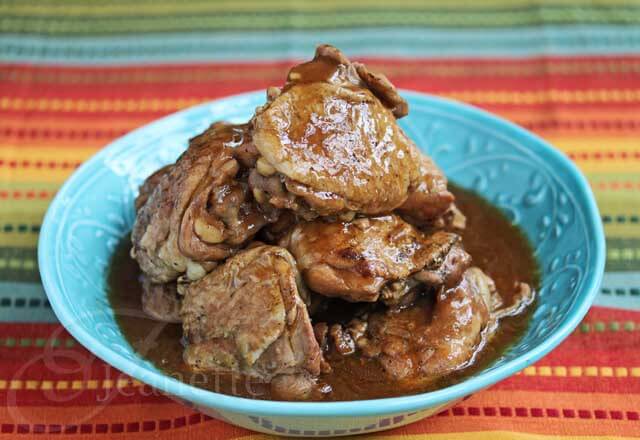 Filipino Chicken Adobo is one of the dishes I remember my mom making. It has a tangy vinegary sauce, kind of like salt and vinegar potato chips. I’ve made it for my kids over the years, and they love it which I was surprised by, given the strong vinegary sauce that this chicken is braised in. They love mopping up the sauce with rice.

This past week, I decided to try making Chicken Adobo in my crockpot. One of the tricks that I’ve found works nicely when making chicken in the slow cooker is to saute the aromatics (onion, garlic and ginger in this case) and brown the chicken first. This helps develop deeper flavors in the finished dish and is well worth the extra effort.

With after school activities in full swing, I know I’ll be depending on my slow cooker for no-fuss dinners at least a few nights during the week.  I’ll be pulling out my Crockpot Jamaican Spiced Chicken Stew recipe, Crockpot Turkey Bolognese Pasta Sauce , Crockpot Cincinatti Chili, Barbeque Pulled Chicken, and Asian Chicken Stew recipes. 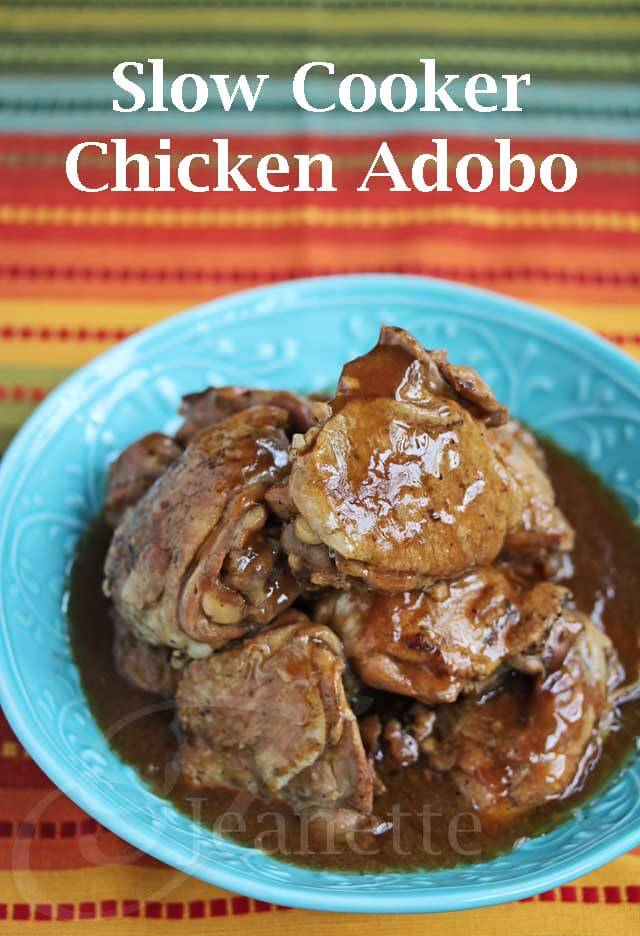 In any of these slow cooker recipes, whether you’re making chili or bolognese sauce, you’ll get much more flavorful results if you take the extra time to saute the vegetables and brown the meat before cooking it in the slow cooker. For this recipe, I used a new product called Yondu, which is a Korean sauce similar to soy sauce, but with a more complex flavor and less sodium. I’ve been trying it in stir-fries and loving it. So far, I’ve only seen it available online for purchase, but it’s worth trying if you’re looking for a lower sodium alternative to regular soy sauce.

The perfect accompaniment to this Slow Cooker Filipino Chicken Adobo would be steamed rice and stir-fry bok choy. You can start the rice in your rice cooker and keep it on warm. When it’s time to eat, just stir-fry the bok choy and dinner will be ready. 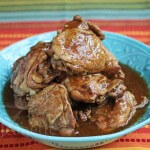