This Slow Cooker Greek Lentil Soup is so simple, yet so satisfying. You’ll be reaching for a bowl of this on a cold winter day. 217 calories/2 Freestyle points per serving. 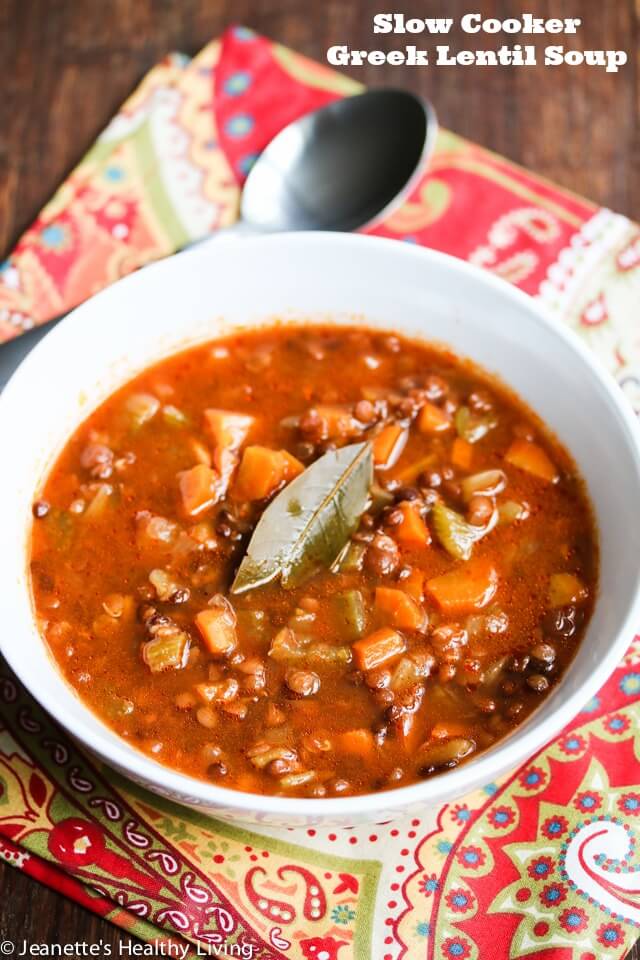 I’ve been sitting on this recipe for way too long so I’m finally getting around to sharing it. The weather has definitely turned cooler the last couple of weeks, which has prompted me to start making more chili and soups, including this Greek lentil soup, which I made last winter.

So, here’s the story behind this lentil soup recipe. It all started when I picked up a cup of lentil soup from a local Greek restaurant one day. A man sitting next to me was raving about how good it was – he said it was better than his Italian mother’s version. So, naturally, that peaked my interest and I just had to have a taste so I ordered a cup to go. I only got one spoonful before it was devoured by my youngest son. 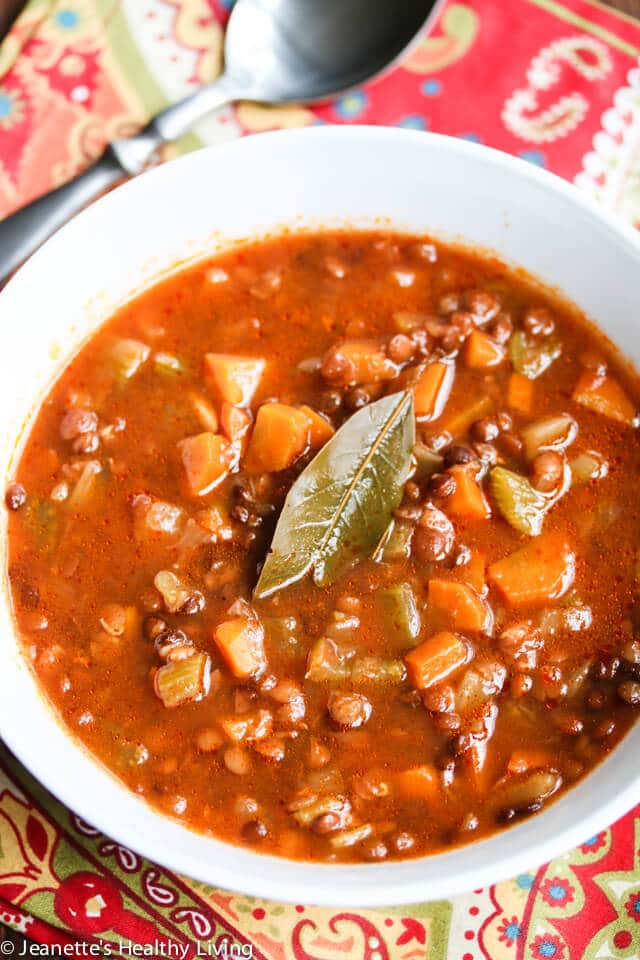 The next day, I asked my friend whose husband is Greek for a Greek lentil soup recipe. She dug up a recipe simply called Lentil Soup, or Fakies in Greek. The caption for this recipe says that this soup is the only food eaten by devout Orthodox Christians on Good Friday. The vinegar in the soup is symbolic, recalling that it was given to Christ on the cross. Fascinating – I love learning about stories behind recipes.

Lentils are a great source of protein and have wonderful flavor in soup. In fact, you can use water instead of stock in this soup recipe and I think it would come out just as good. I used half water and half stock and it was full of flavor. One adjustment I made to the original recipe was to add double the tomato sauce and a few tablespoons of tomato paste to achieve the tomatoey flavor I recalled from the restaurant’s soup. 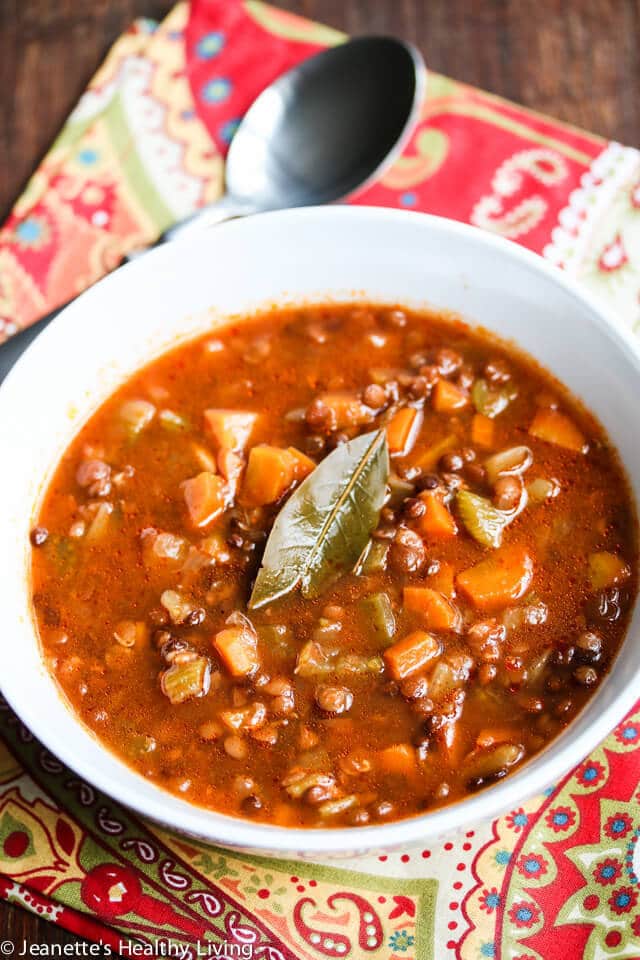 This Greek Lentil Soup was so good, I made it for a friend recently, saving one container for our family. I should have doubled the recipe as it is one of those comfort foods that can be eaten at least a few times a week. I’ve made this soup in the slow cooker and on the stovetop and both yield good results. Just know that cooking on the stovetop will result in a thicker soup, so you may want to add more water or stock. 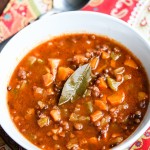 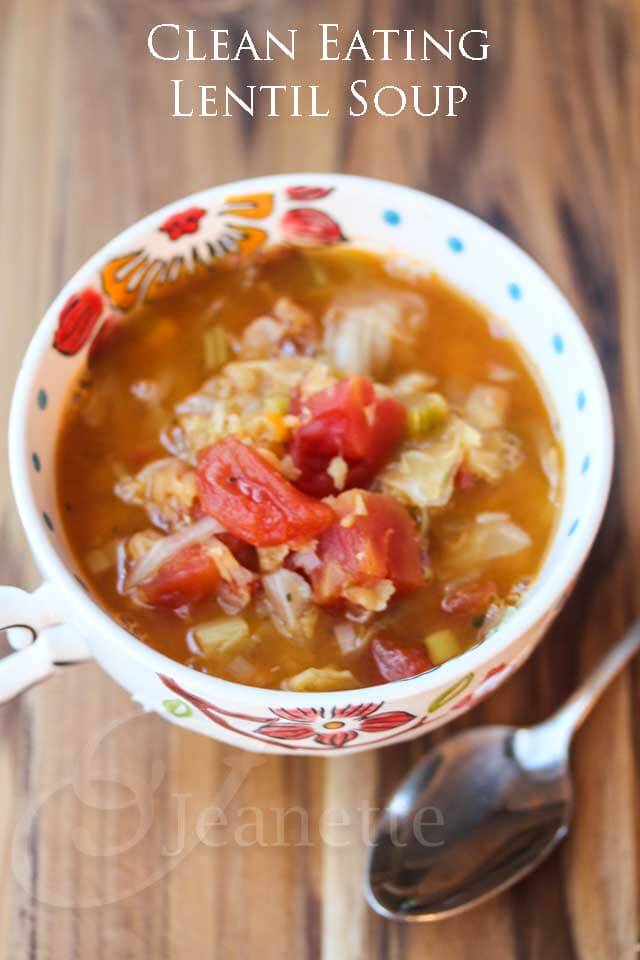 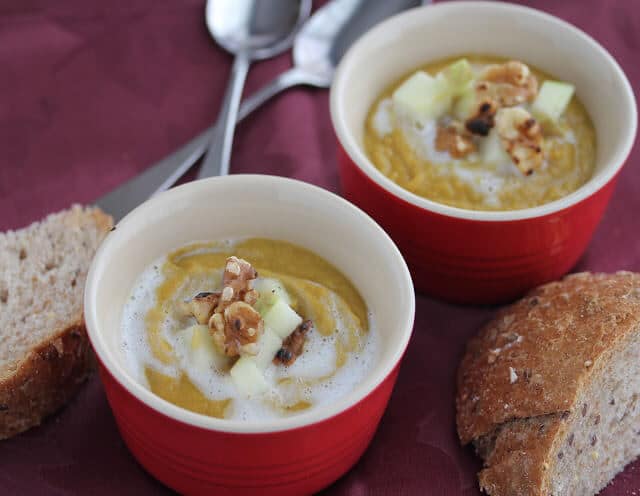