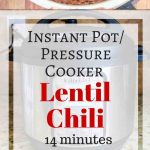 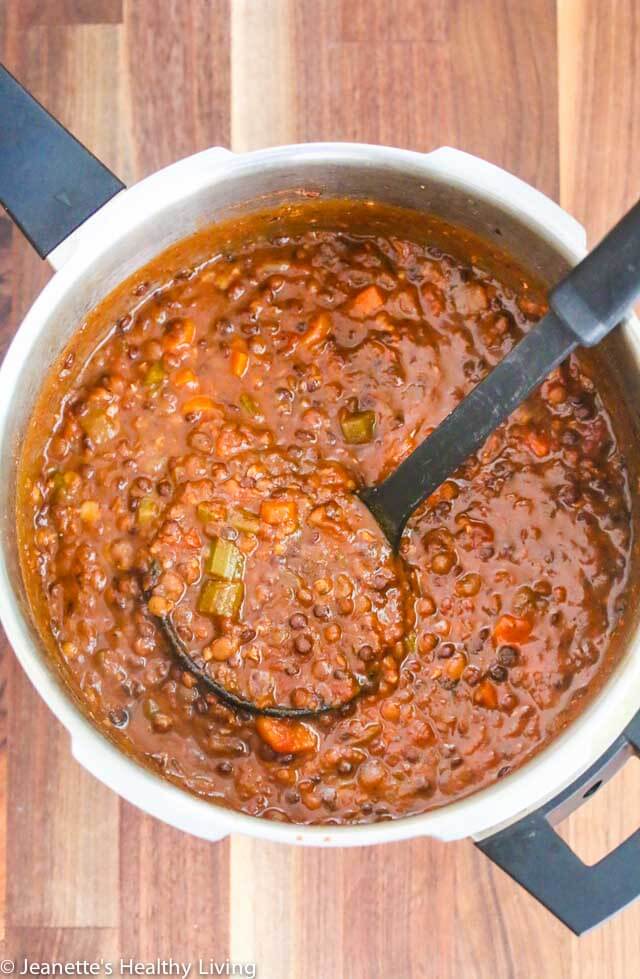 Recently I made this pressure cooker/Instant Pot lentil chili for a couple who just had a baby. Their baby is in the NICU (neonatal intensive care unit) so they’ve been spending entire days at the hospital. I had first-hand experience when our twin boys were born 11 weeks premature. They spent 10 weeks in the NICU and it was a very stressful time.

The church reached out to our community to provide meals for this family, and I signed up for the first weekend worth of meals. The only catch was I had just two hours to prepare all the food due to the last minute notice.

This pressure cooker/Instant Pot lentil chili was one of four meals I whipped up in two hours. Some of you might know that I’ve been volunteering in a commercial kitchen for almost a year, and my prep skills and efficiency in the kitchen have improved exponentially. I feel as if I can prep/cook twice as fast now.

This pressure cooker/Instant Pot lentil chili recipe is based on a Slow Cooker Lentil Chili Recipe I made several years ago. Cooking under pressure is the opposite of cooking using a slow cooker. Pressure cooking can reduce cooking time by 2/3 of the time it would normally take on the stovetop, making pressure cookers especially handy for cooking beans, broths and stews when you’re short on time. These lentils take just 14 minutes to cook in an Instant Pot or pressure cooker. 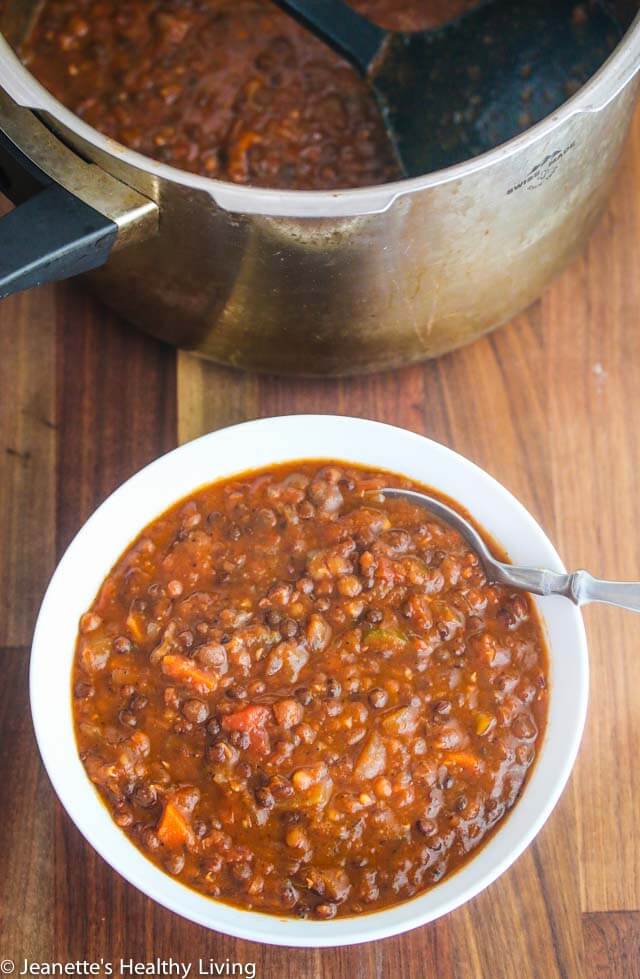 Lentils are nutritious plant-based source of protein, and have a nice meaty texture. I used a combination of French green lentils and brown lentils, which hold up well in chilis and stews. Each serving has almost 18 grams of protein and just under 300 calories. Serve over steamed brown rice or a baked sweet potato, with a nice tossed salad.

Watch how to make this Lentil Chili in an Instant Pot: 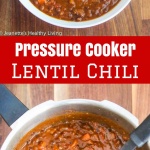 You may want to add more broth or water after cooking to thin the chili depending on the type of lentils you use. I've used sprouted lentils, as well as a combination of French green lentils and brown lentils, and found 3 cups of broth to be sufficient. 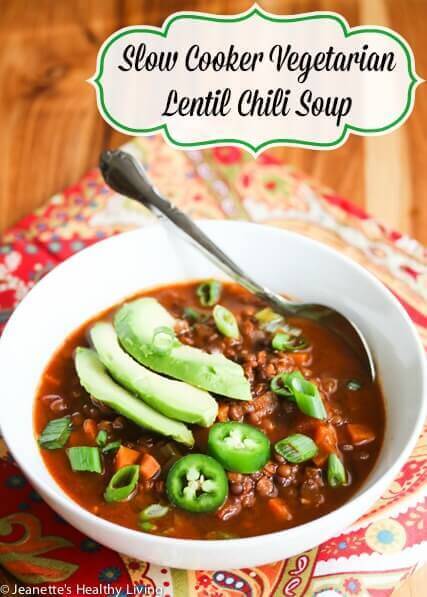 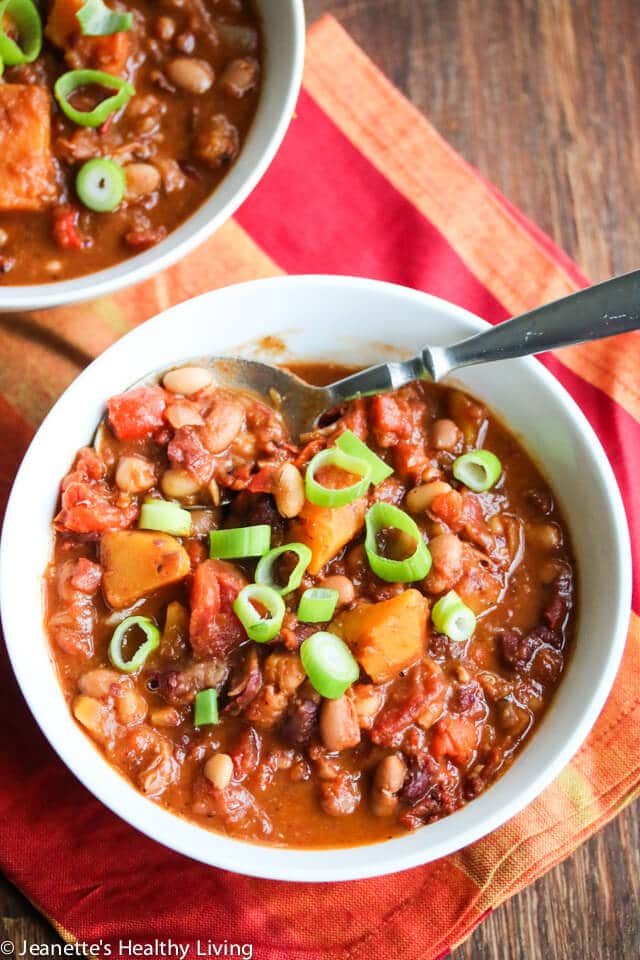 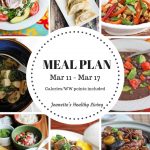