This Quick Creole Style Shrimp Jambalaya is the perfect holiday dish. Not only is it easy to make, but it is pure comfort food. All you need is a simple salad to go along with this and you can call it a day. 218 calories/4 freestyle ponts per serving. 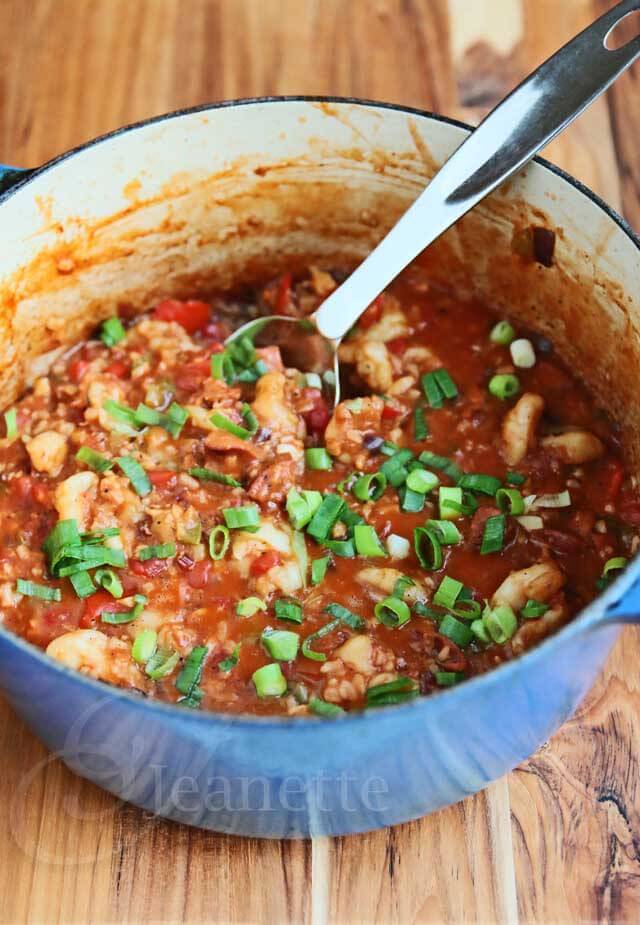 So, what do you make when you have no idea what’s for dinner and you’re short on time or just feeling lazy? There are many days when I stare blankly into my refrigerator and start pulling out leftovers and look through my freezer to see what I can pull out for dinner.

The other night was one of those nights. A container of cooked brown rice, a bag of frozen shrimp from Trader Joe’s, and a copy of Cooking Light’s Lighten Up, America! Favorite American Foods Made Guilt-Free cookbook by Allison Fishman Task turned out to be the answer. I’d been perusing this new cookbook, thinking of which recipes to try for the last couple of weeks. The Jambalaya recipe caught my eye, but I couldn’t find the andouille chicken sausage in my freezer anywhere (hate when that happens).

Finally, determined to make Jambalaya, I searched until I found the lost andouille sausage. Although shrimp is expensive, I’ve come up with a trick to “double” the amount of shrimp in most recipes. I simply cut the shrimp in half lengthwise. It’s a neat trick that gives you twice as much shrimp visually – this works great for my family when I’m trying to spread the shrimp around. 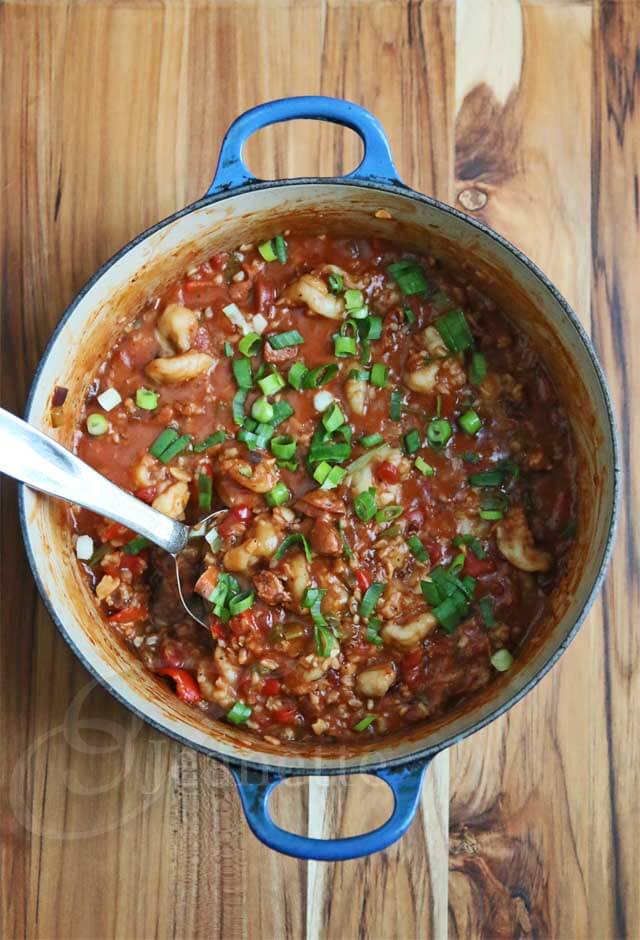 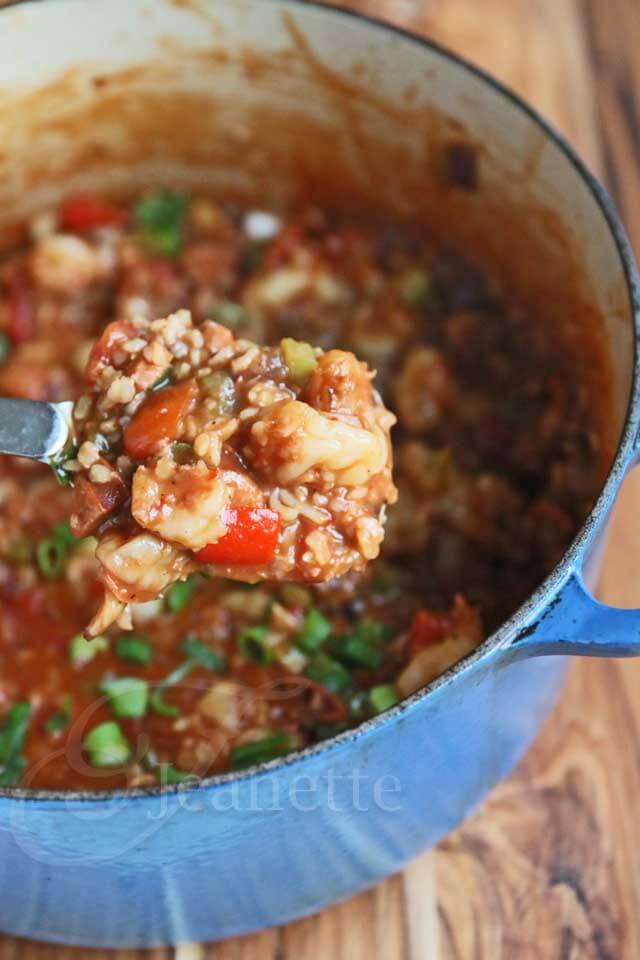 My jambalaya came out more like a thick stew, but it was perfect for the comfort meal I was looking for. I marinated the shrimp with some wine for added flavor, and shortened the cooking time by reducing the amount of broth called for, and by adding the shrimp along with rice. With all the ingredients ready, this dish takes about 20 minutes to cook. It may not be the traditional method of cooking jambalaya, but it’s great for either a busy weeknight or a night when you’re just looking for something quick and easy for dinner.

The Lighten Up America! cookbook features more than 150 classic American recipes made lighter, including many regional dishes such as Tex-Mex Migas, Cajun-Style Shrimp and Grits, Chicken Riggies, Calabacitas and Truffled Mac and Cheese. The author also shares some of the special stories behind some of the most beloved regional dishes, as well as a behind-the-scenes look at some of the more unusual foods served at food fairs and festivals around the country (e.g., dandelion soup), and stories about American entrepreneurs and home cooks who came up with some of today’s popular recipes like the Philly Cheesesteak (don’t worry, a healthier recipe is included). 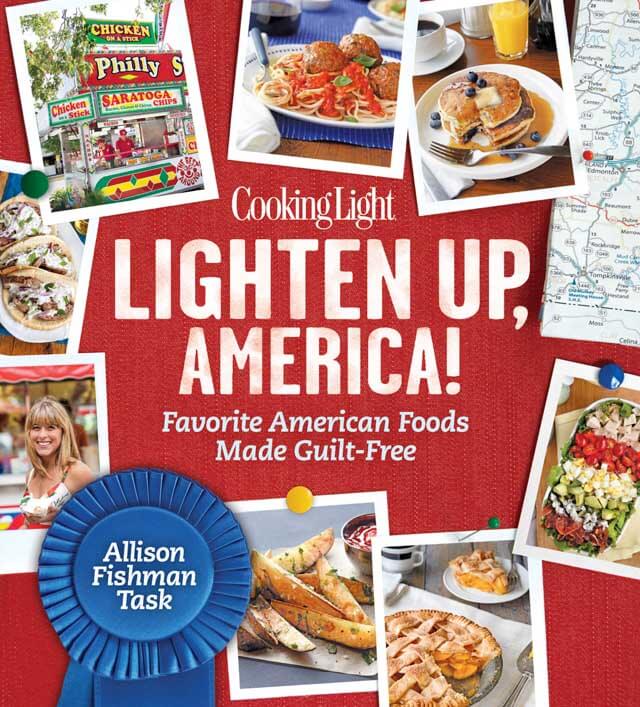 Adapted from Lighten Up, America! Favorite American Foods Made Guilt-Free 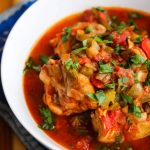 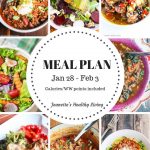 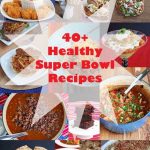 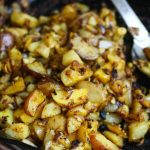 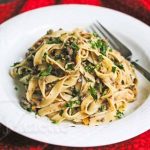 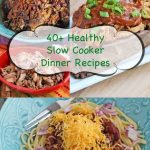 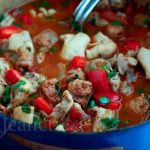 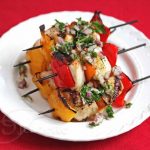