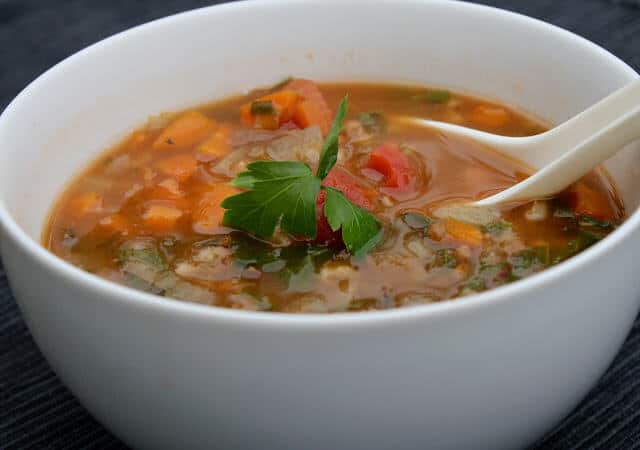 With the threat of a storm as Hurricane Earl made its way up the East Coast,  it was a good day to stay inside and make some homemade soup for my friends with cancer, “B” and “J.”  My friend “B” had suggested some lentil soup, which seems to be her favorite kind, so I set out to make a French lentil soup with grains and greens, to make it extra healthy, and serve as a meal in itself.
Making homemade soups is probably one of the most satisfying foods I make.  Homemade soups are easy to make, create a warm, comforting aroma, and are extremely forgiving.  Almost anything can be added to soup, and a large quantity can be made easily.
While I was in the middle of making my lentil soup, Doris Sokosh, author of the newly published book, Triumph Over Cancer, called.  Doris was diagnosed with advanced breast cancer in 1971, and given little hope of survival.  39 years later, Doris just published a cookbook which includes recipes for foods she ate during her recovery from a near death experience.
Unfortunately, poor Doris informed me that she was staying at a facility undergoing physical therapy for a chronic back problem, and that the food was terrible.   Perfect timing, I told her, as I was making soup today, plenty to go around.
As I continued with my soup making, I decided to choose barley as the grain of choice and rainbow chard for the leafy green vegetable.  Alternatively, brown rice, farro, or just about any whole grain can be used.  Leafy green vegetable choices might  include spinach, kale, or collard greens.
Here’s one of my favorite homemade soup recipes: 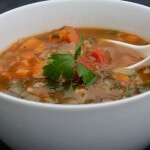 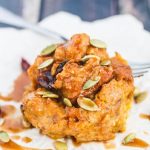 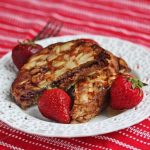 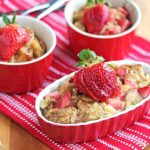 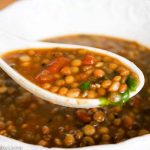 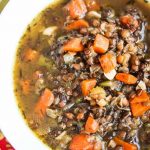 59 shares
« From Farm To Table
Fruit and Nut Breakfast Quinoa »