This week, I posted a recipe for Creamless Cream of Mushroom Soup, a rich flavored and luscious soup made without any cream. As I was thinking of more comforting creamy soups, potato leek soup came to mind, but I wanted to make something more nutritious (I like nutrient dense foods to get the most bang for the buck). Cauliflower is sometimes used as a substitute in mashed potatoes, so  I decided to try a creamless cream of cauliflower soup.

Cauliflower, one of a number of cancer-fighting cruciferous vegetables, are not only believed to prevent cancer from forming, but also enhance survival after cancer diagnosis. I came across a recipe for a pureed cauliflower soup in a publication I picked up at my local health food store. What caught my eye was the use of blood orange olive oil, orange zest and fresh pear in the recipe, as well as the beautiful red pepper puree served on top of the soup. Since I didn’t have any blood orange olive oil, I decided to throw the peel of a clementine into the soup. I also added a sprig of rosemary for a classic orange rosemary pairing.

I love the addition of pear to this soup as it adds some sweetness. The clementine peel and rosemary add a unique and unexpected fragrance. If you don’t have rosemary, thyme would go nicely with the orange flavor too. The Roasted Pepper Puree and pumpkin seeds on top make an otherwise white soup pop with color and crunch. 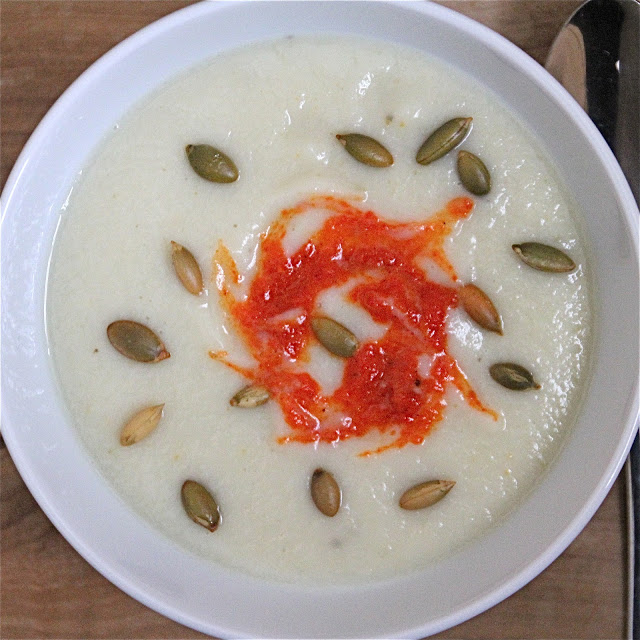 Remove leaves and stem from cauliflower and cut into even pieces.

In a large soup pot, heat oil over medium heat. Add the onion and garlic and saute until onions are softened, about 3-4 minutes. Add broth, clementine peel, rosemary and cauliflower. Bring to a boil, then reduce heat and cook on low, covered, for 20 minutes until cauliflower is soft.

Remove from heat and add pear. Puree in batches in a blender until smooth. Return to soup pot and keep warm until ready to serve.

To prepare Roasted Pepper Puree, place roasted peppers and olive oil in a food processor and process until smooth.

To serve, ladle soup into bowls. Put a spoonful of Roasted Pepper Puree on top and sprinkle with pumpkin seeds. 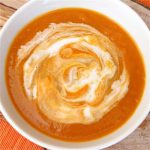 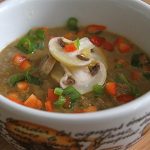 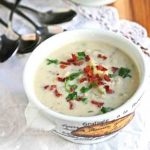 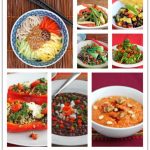 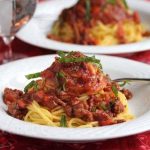 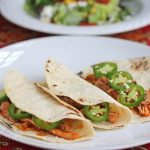