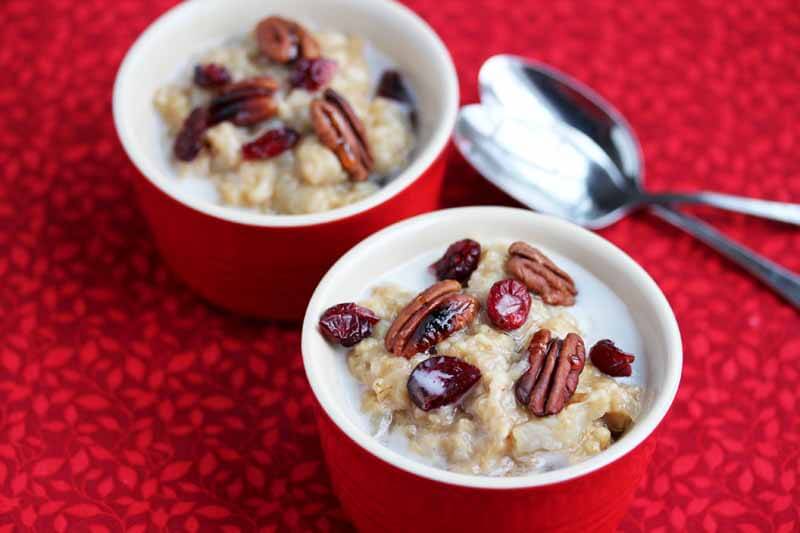 Apple Oatmeal Made In A Rice Cooker

A few weeks ago, my youngest son got braces and his mouth was super sore. I knew it would be, but I figured I’d come up with something for him eat when I needed to. Since lunch at school was going to be a challenge, I wanted to make sure he had a hearty filling breakfast that would keep his tummy full as long as possible. He’s a picky eater and if he doesn’t like something, he’d rather starve.

Enter, this Rice Cooker Apple Cinnamon Oatmeal recipe I came up with. Yes, this can be made on the stove, so why the rice cooker you might ask? The reason I love my rice cooker is because it is hassle-free. You simply push a button and it cooks on its own without any fuss. So, if it can cook rice perfectly, why not other grains? I’ve been playing around with cooking other grains in my rice cooker and this oatmeal recipe is one of the first I tried.

This Rice Cooker Apple Cinnamon Oatmeal is so easy….simply put everything in the rice cooker and let it do its thing. This recipe makes a nice soft oatmeal, and tastes like apple crisp – who wouldn’t want apple crisp for breakfast? 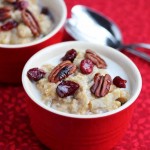 The toppings made this a fun breakfast treat. Add whatever dried or fresh fruit you like, along with some toasted nuts or seeds. I found the apples added enough sweetness, but you can drizzle some maple syrup on top if you like it a little sweeter.