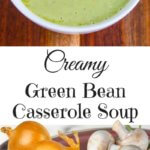 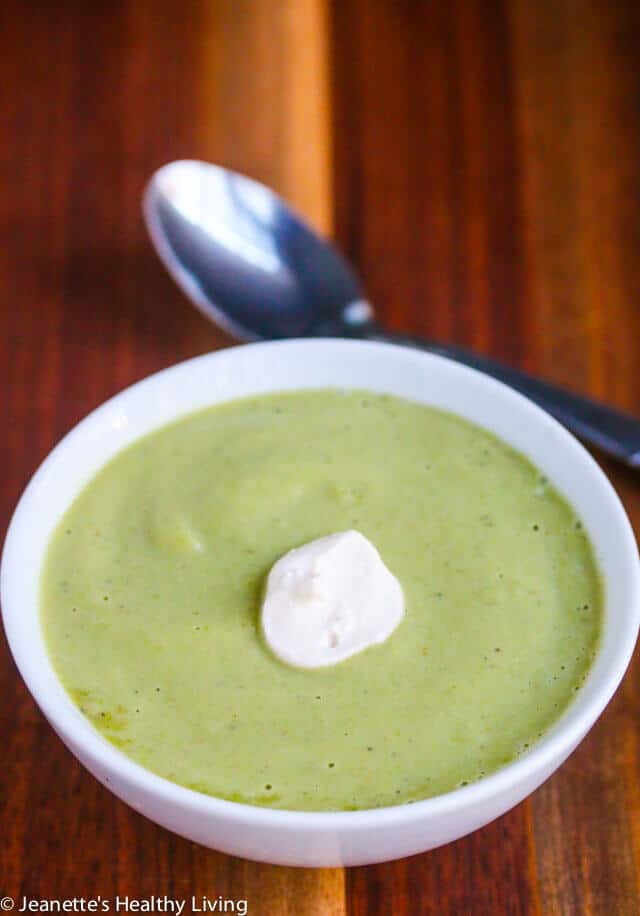 I developed this Creamy Green Bean Casserole Soup for Thanksgiving this weekend. One of my friends is cooking for someone who is on a soft food diet and low sodium diet, and I offered to make some Thanksgiving themed foods she could eat. I find great joy in creating foods for people that they can enjoy when they have difficulty eating. Food is one of the great pleasures we enjoy. Cooking is my way of showing someone I care.

There are many reasons someone might be on a soft food diet. I’ve cooked for people on soft food diets for various reasons, from my kids who had their wisdom teeth extracted to people who have undergone cancer treatment and had difficulty chewing and swallowing. My father-in-law had Parkinson’s Disease and had difficulty chewing and swallowing too.

I remember making a special dinner plate for my father-in-law one Thanksgiving. Fortunately, many Thanksgiving dishes are naturally pureed or soft including mashed potatoes, sweet potato casserole, butternut squash casserole and pumpkin pie. 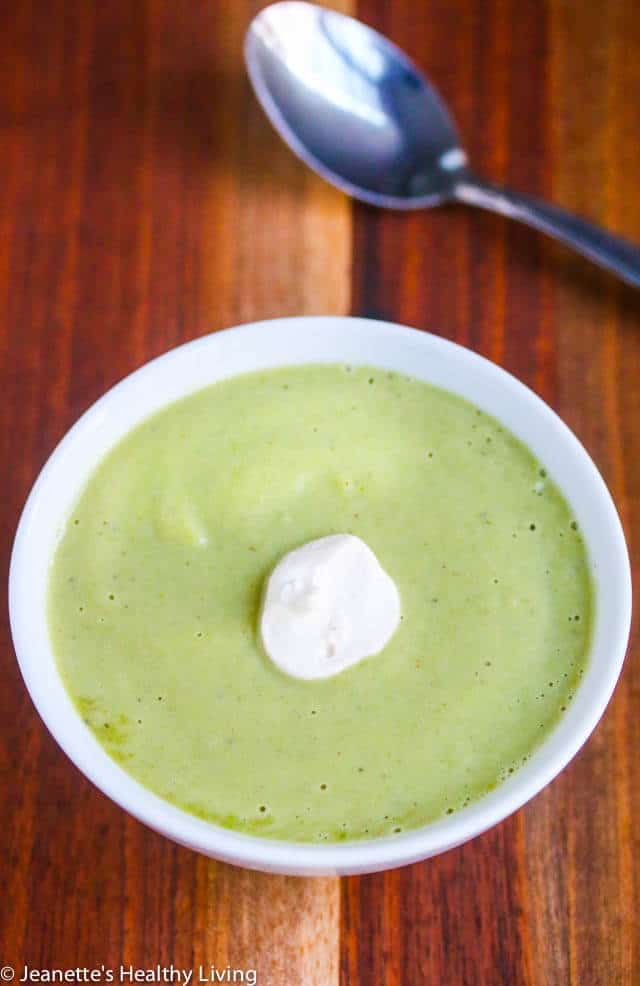 I wanted to create a dish that incorporated all the flavors of green bean casserole, yet keep it an appetizing green color. One of the key components of traditional green bean casserole are the fried onions on top. To mimic this toasted onion flavor,  I used some oil that had been infused with garlic, shallots, and green onions. I happened to have some of this infused oil made already, but if you don’t want to bother making this, another way might be to use toasted onion powder (Penzey’s carries this). Flavor enhancers are important when cooking for people on a low-sodium diet.

Nutmeg and thyme add another layer of flavor. When cooking for people on a low-sodium diet, spices and herbs are a great way to add flavor. 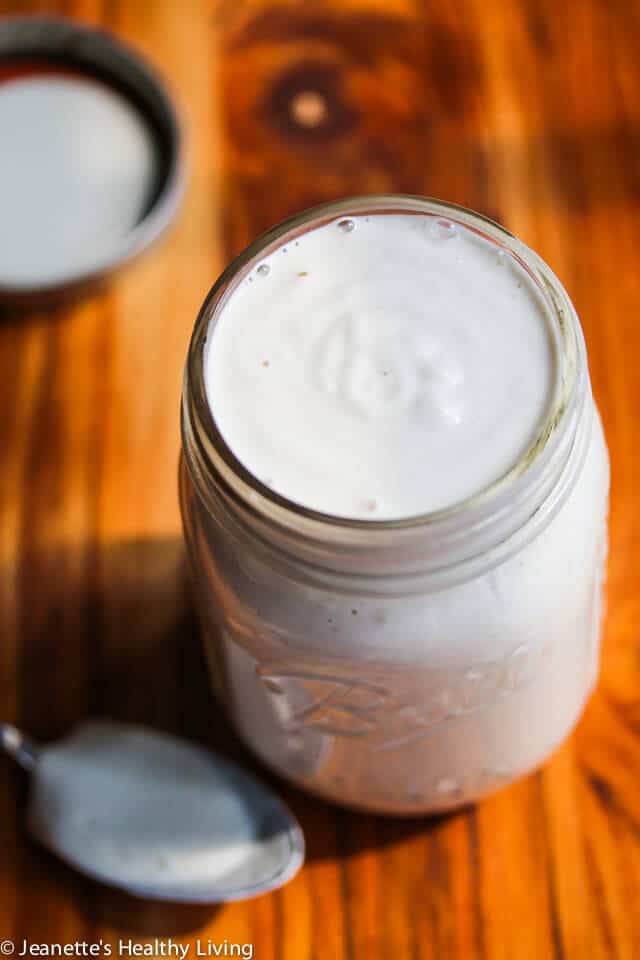 I added some Cashew Cream to obtain a creamy consistency reminiscent of cream of mushroom soup, another ingredient often used in traditional green bean casserole. Cashew cream has a wonderful richness that can stand in for heavy cream in recipes. 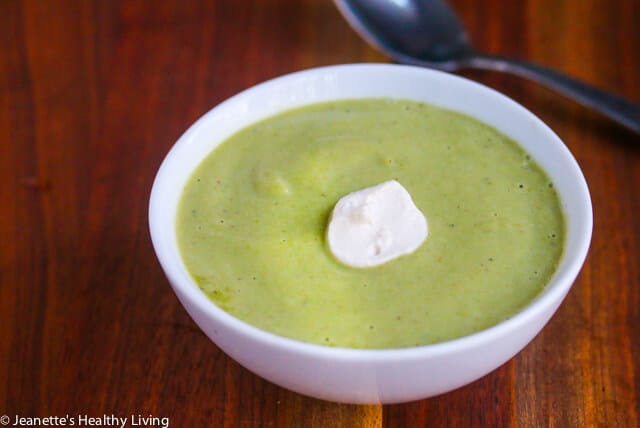 In addition to making this creamy Green Bean Casserole Soup, I made turkey congee for this woman so she could have a taste of roasted turkey. 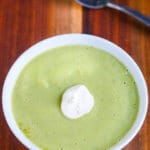 This soothing soup includes all the flavors of green bean casserole. 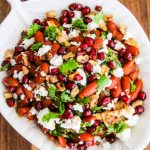 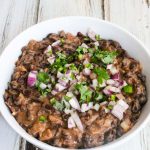 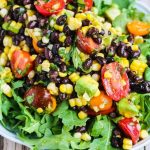