These Cashew Miso Kale Chips are packed with umami flavors and make a healthy snack. 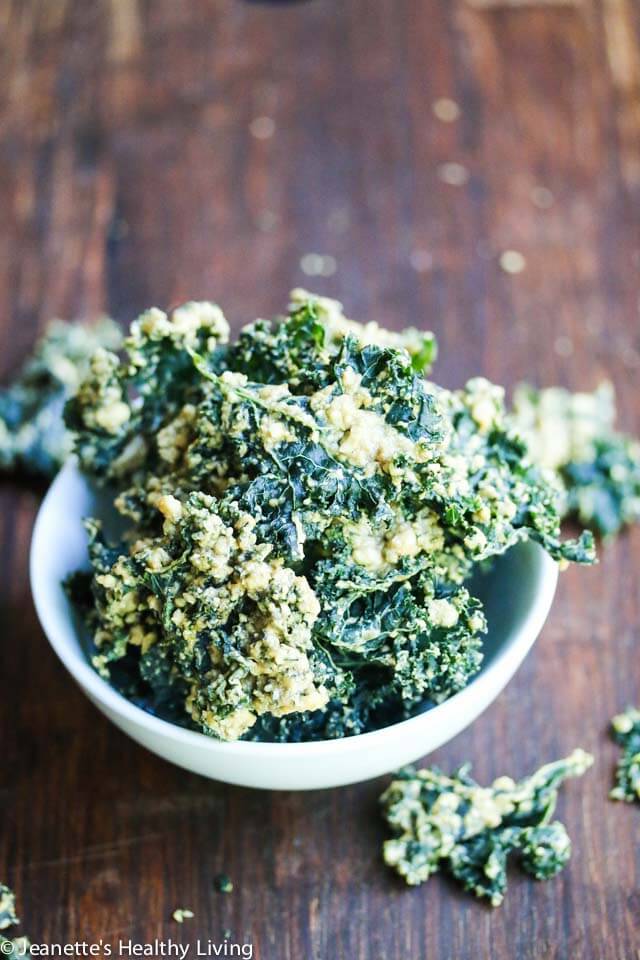 I remember the first time I tried kale chips. One of our friend’s sons was on a raw food diet and made kale chips in a dehydrator on a regular basis. They were addicting and no one could eat just one. When stores started carrying kale chips in different flavors, I tried almost every flavor. They were pretty expensive, so after a while, I stopped buying them. Instead, I made kale chips and roasted kale in my oven. I finally bought a small dehydrator (the Excalibur Economy with 5 trays) – it’s been on my wish list for a while.

Although oven baked kale chips come out crispy, they burn easily if you’re not careful, and the texture appears dryer (yes, kale chips are supposed be dry, but there’s definitely a difference in the way the chips come out when you oven bake them versus dehydrate them). The biggest difference between my oven and a dehydrator is that I can control the temperature of the dehydrator at lower temperatures than my oven. My oven only goes down to 200 degrees fahrenheit; my dehydrator ranges from 105 degrees to 165 degrees.

Dehydrating does take a lot longer since you’re baking at a much lower temperature than the oven, but it’s inactive cooking time, meaning you don’t have to do anything while it’s doing all the work. 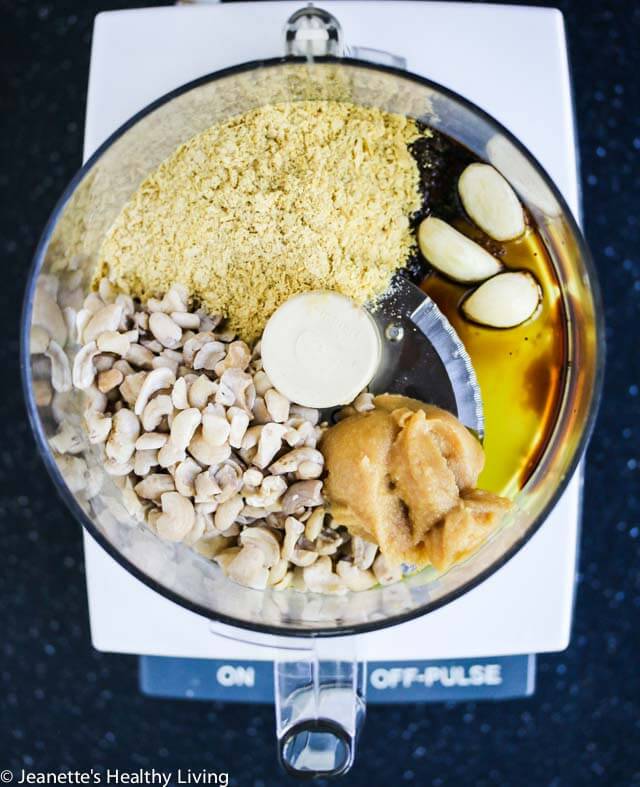 The seasoning mixture is processed until almost smooth – there will be small bits of cashew visible. This adds some texture to the kale chips after they’re baked. 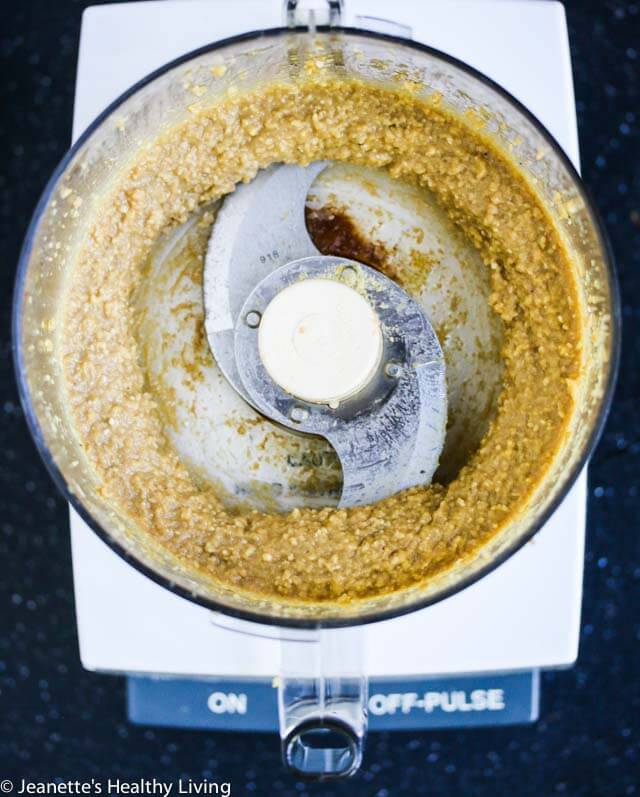 I use curly kale because it gives the coating something to grab onto and has lots of crispy crevices when it’s done. Massage the seasoning gently into the kale leaves. 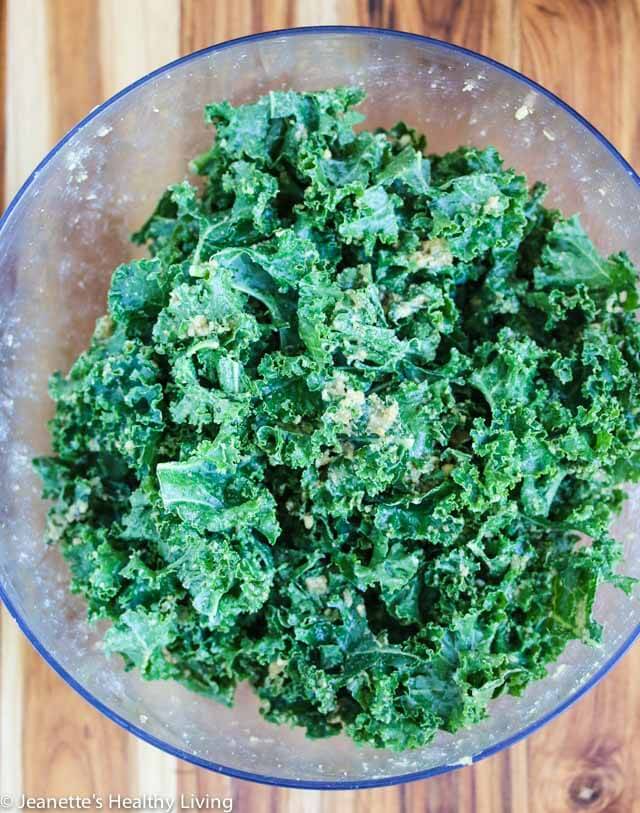 Place kales leaves in a single layer on dehydrator sheets and bake at 125 degrees for about 8 hours, or until kale chips and coating are crisp. 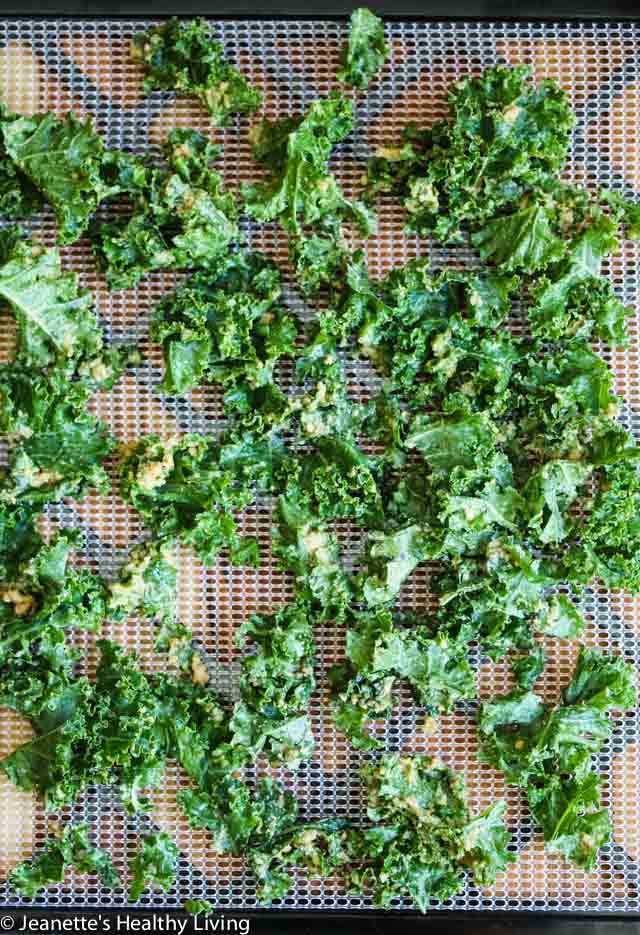 What I love about using the dehydrator to make kale chips is that there are no burnt pieces and all the kale chips come out evenly baked. 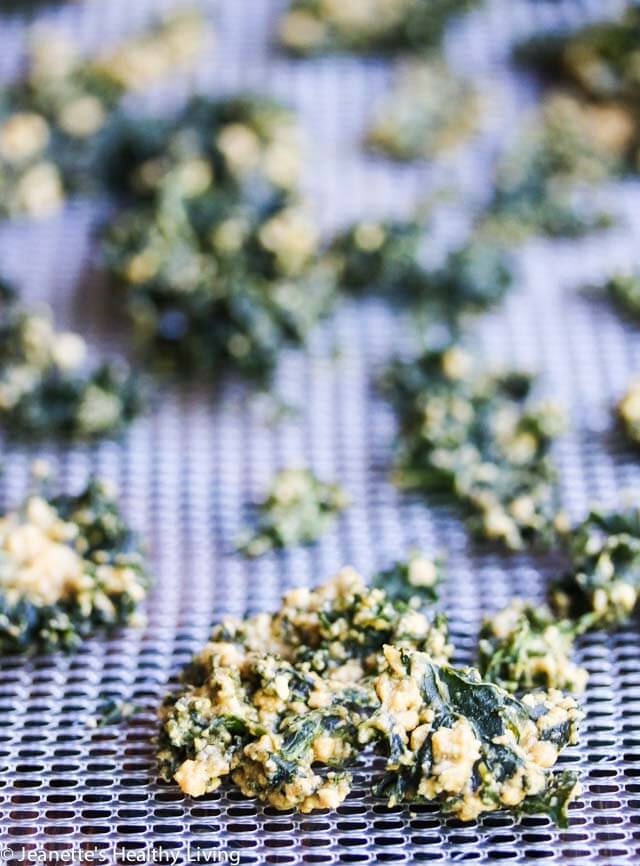 My husband and kids aren’t big fans of kale (and my kids don’t generally like nuts) but they loved these Cashew Miso Kale Chips and commented on just how good they were. 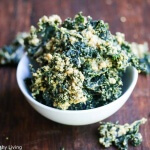 Not all miso is gluten-free, so if you're on a gluten-free diet, be sure to read the ingredient label.
Course Snack
Prep Time 25 minutes
Cook Time 8 hours
Total Time 8 hours 25 minutes
Servings 4
Calories 265 kcal

Not all miso is gluten-free, so if you're on a gluten-free diet, be sure to read the ingredient label. 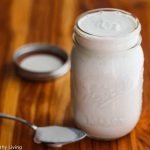 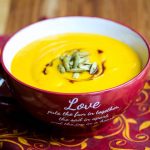 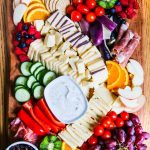 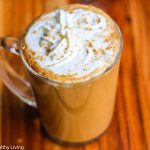