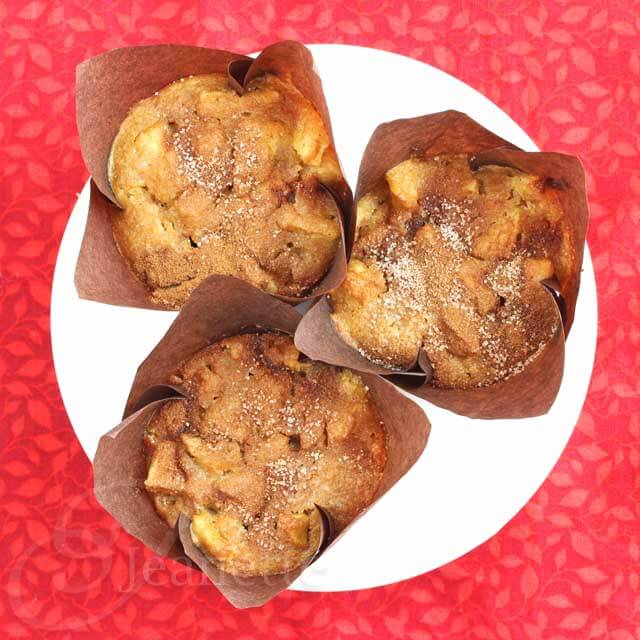 My youngest son read a lot of books this summer, including a few books about kids entering middle school. I wanted him to get a feel for what it might be like since he’s entering middle school this year. One of the books (we can’t remember the name) had a recipe for Jewish Apple Cake that the main character’s grandma made for him as an after-school treat. My son has been begging me all summer to make it. 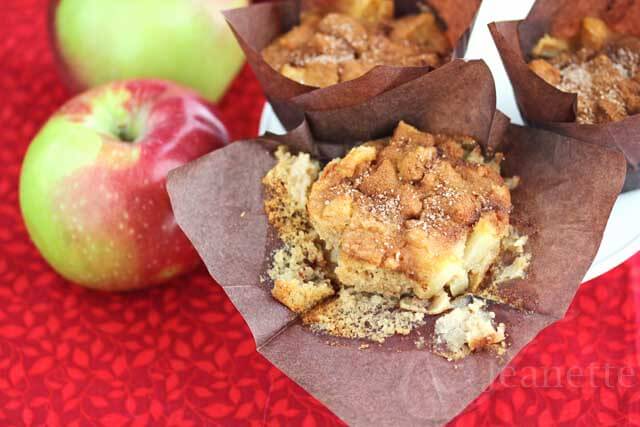 Now that it’s apple season, I decided to give it a try. The recipe he found has no oil in it, so instantly, it was already on the healthier side. I made a few more alterations to make it not only gluten-free, but also a bit healthier. The original recipe called for 1 1/2 cups of sugar; I chose to substitute applesauce for 1/2 cup of the sugar. Also, to add some more fiber and whole grain goodness, I used flaxseed gel (a mixture of ground flaxseed and water) to replace 2 of the eggs, and used King Arthur’s Gluten-Free Whole Grain Flour Blend for half of the flour (I used almond flour for the other half). 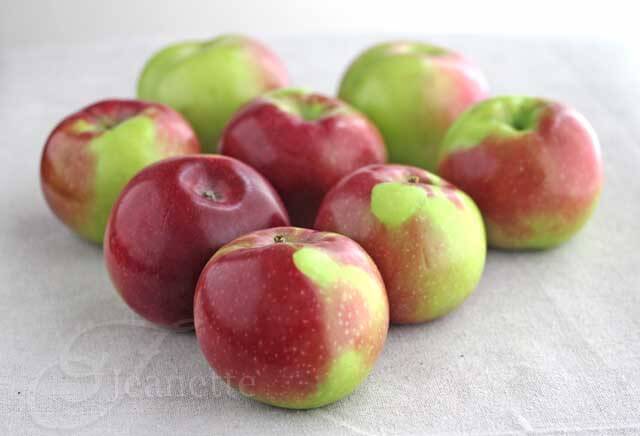 McIntosh Apples from the Farmer’s Market

Although the apples were supposed to be layered within the cake, I decided to chop them up and mix them into the batter since I made cupcakes instead of a single large cake (I looked all over but couldn’t find my tube pan or bundt pan). I did sprinkle the cinnamon sugar in the middle and top of each cupcake though. 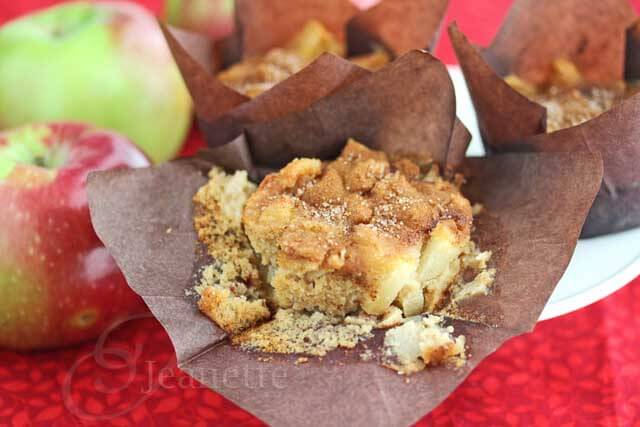 This cake was chock full of apples – you will get lots of apples in every bite. My husband devoured one of these little cakes as he walked in the door the other day and declared them delicious – with no added fat and some added whole grains, I just smiled.

Adapted from a children's story my son read. I made the recipe healthier by reducing the number of eggs in half and substituting flax seed gel, and reducing the amount of added sugar by using more unsweetened applesauce. I also made this gluten-free and added whole grain goodness by using almond flour and a gluten-free whole grain flour mix. If you wish to make a whole cake, use a 10-inch tube pan.
Prep Time 15 minutes
Cook Time 20 minutes
Total Time 35 minutes