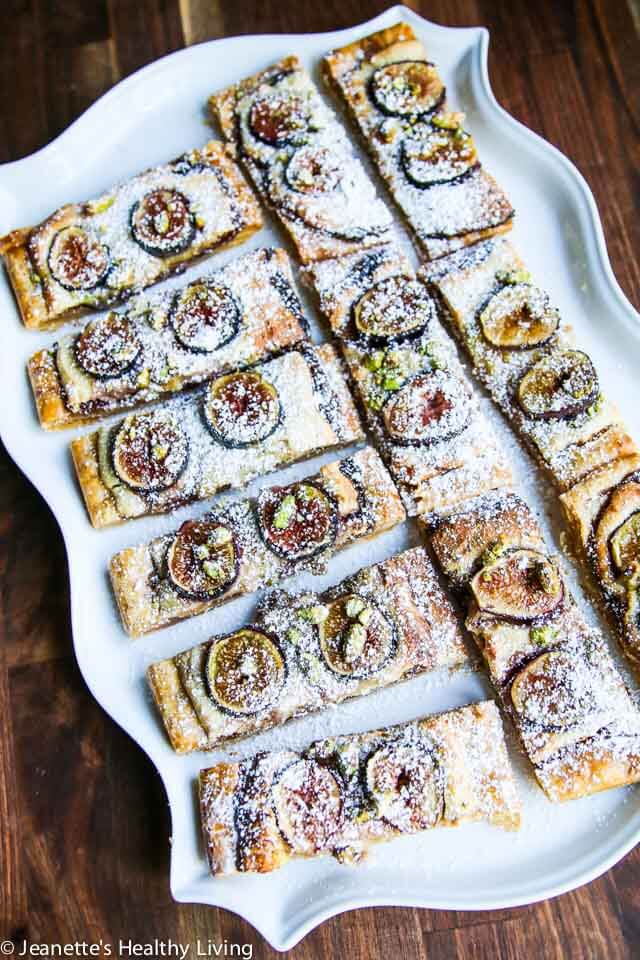 Recently, one of my sons wanted to bring in a special treat for the office that he interned at over the summer. A few of the people were gluten-free so I ran to the farmer’s market to see if I could find any gluten-free desserts. Although there are sometimes vendors that sell gluten-free baked goods, none were to be found that day.

So, I made this Gluten Free Fig Frangipane Tart one early morning before my son went to work for his last day. I had made a gluten free Apricot Frangipane Tart for a friend with two celiac children last summer and they were thrilled to death at the thought of having pastry for dessert.  Gluten free cookies and cakes are easier to come by, but I have yet to see gluten free pastry in any bakery. So, when I spotted some fresh figs at the store, I decided to make a gluten free frangipane tart featuring fresh figs.

Gluten free puff pastry can be found in the freezer section of some Whole Foods. It doesn’t puff up nearly as much as regular puff pastry, but anyone who is gluten-free will be so appreciative if you make them pastry.

First, you roll out the puff pastry to 1/4″ thickness and score a 1/2″ border using a knife. 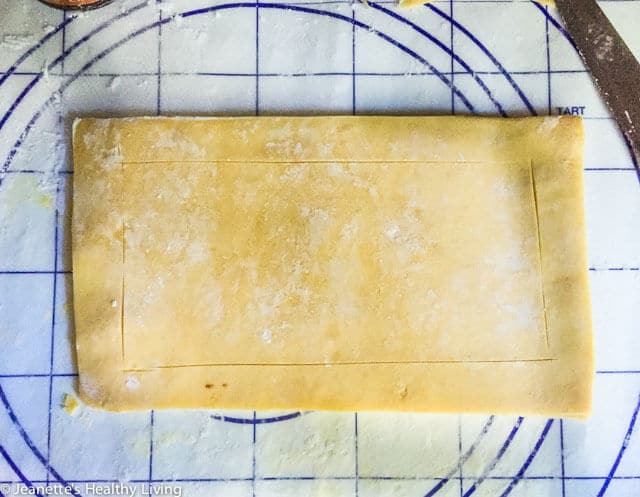 Then, you spread on some fig jam. Trim the edges so they’re even. 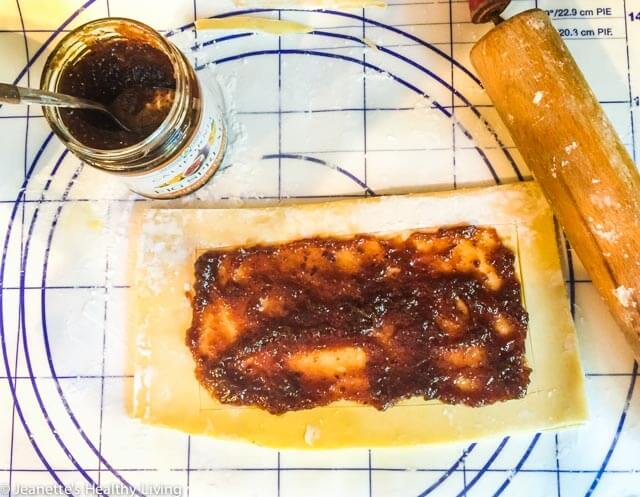 A layer of frangipane is spread on top of the jam, and then fresh fig halves are laid on top. 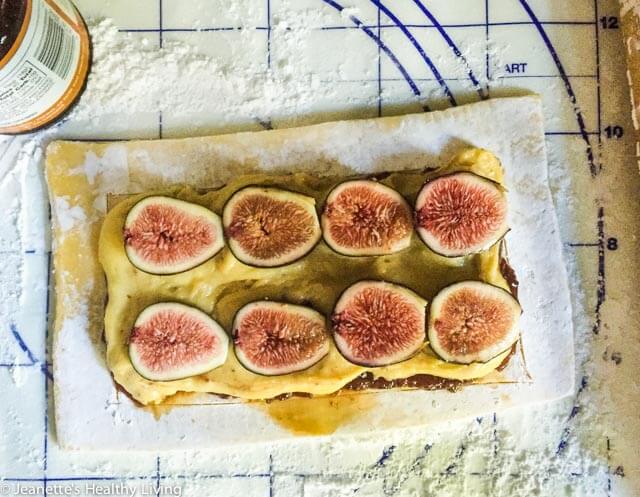 I brushed some egg wash on top before baking the tarts. Pistachios add a nice contrast in color to the figs. Each box has two sheets of puff pastry, so you can make two tarts. 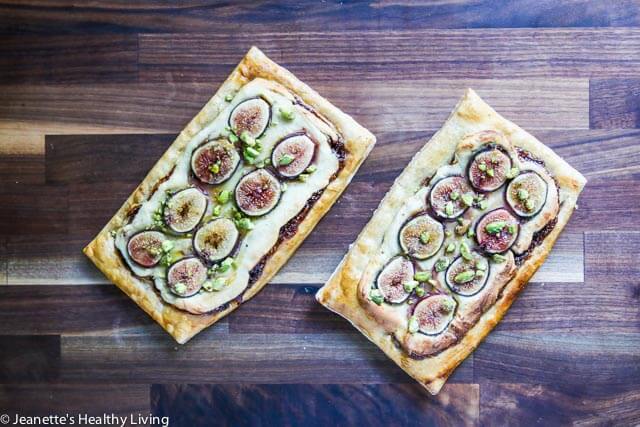 I trimmed the end pieces for a nicer presentation. Confectioner’s sugar sifted on top adds a nice touch. 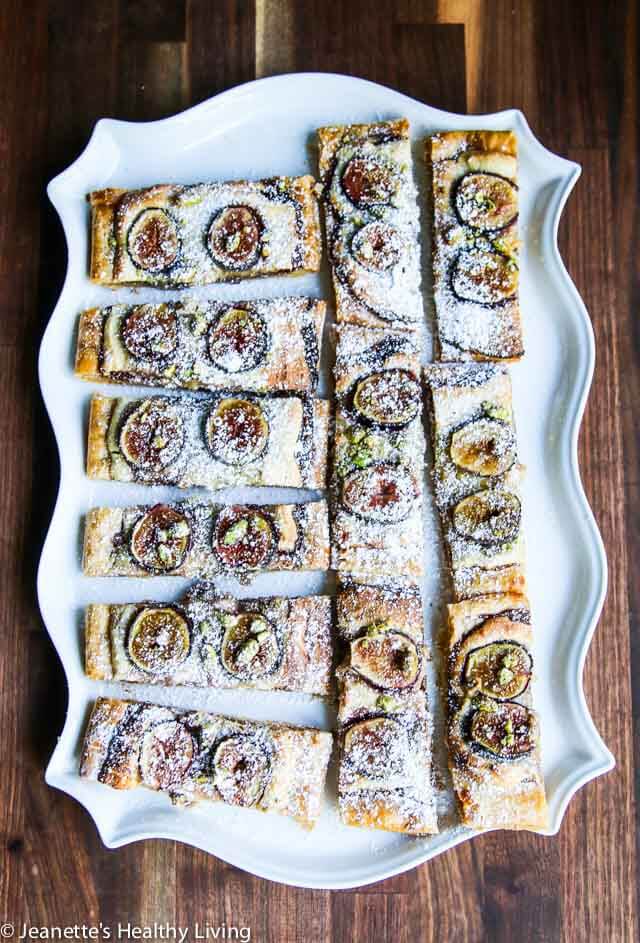 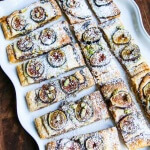 Frangipane adapted from Food and Wine