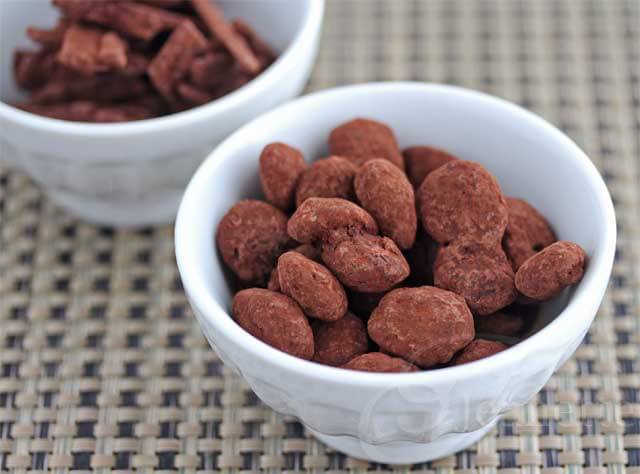 Last week, I had the opportunity to learn firsthand how to make Cocoa Dusted Almonds from the very talented Caryn Stabinsky, pastry chef at Elm, named one of the Best New Restaurants 2012 by Esquire.

Some of you might recall that I tried to recreate these little treats at home after a meal I had at Elm Restaurant in a recent post. When the chance came up to get a lesson on how to make these Cocoa Dusted Chocolate Coated Almonds (the right way) from Caryn Stabinsky one-on-one, I responded with a resounding “yes!” I’m so glad I did.

Caryn Stabinsky began her career in New York City at Oceana, where she worked under master pastry chef David Carmichael. From there, she moved onto wd-50. Caryn received a Time Out New York Critics Choice Award as the opening pastry chef of Ureña before leaving to open Monkey Bar. She now creates seasonal desserts and signature treats at Elm Restaurant.

Upon my arrival, I was given a chef’s jacket to don (made me feel official ;)). What a cool space Caryn gets to work in – the kitchen was pristine and there were trays of perfectly baked cookies ready to be served to diners.

I learned exactly how Caryn makes her Cocoa Dusted Almonds – and it is much more involved (although still simple) than I thought. Not only did I learn what type of chocolate goes into these beauties, but that these almonds are coated three times – that’s right – three times with dark chocolate before they’re dusted with cocoa.

Caryn first toasts Spanish marcona almonds with a little salt before tossing them with melted Valrhona 66% Dark Chocolate. In between each coating, the almonds are briefly placed in the refrigerator until the chocolate just sets. Then they are hand tossed until they get a dull glaze. After the third coating, they are tossed with Valrhona Cocoa.

Here I am tossing a batch of almonds with melted chocolate. Like the chef’s jacket? 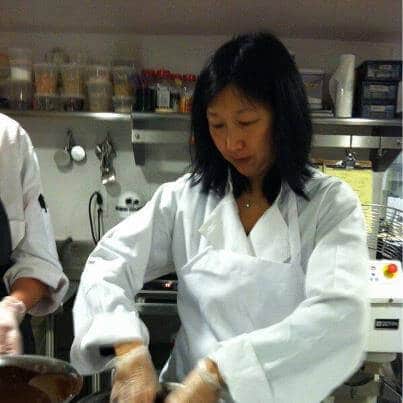 Caryn also gave me a quick lesson on how to make “wet” caramel that was then coated in dark chocolate and cocoa just like the almonds. What a fun afternoon! Caryn generously let me bring home the batch of Cocoa Dusted Almonds and Caramel that we made. 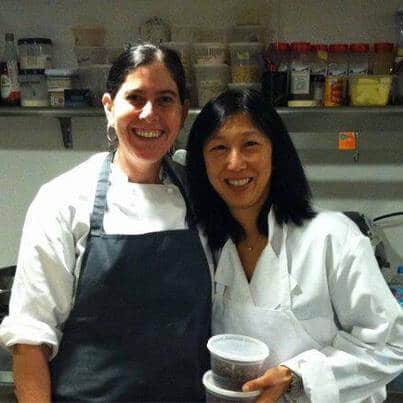 Pastry Chef Caryn Stabinsky and me

I smelled like chocolate the rest of the afternoon. My kids loved the chef’s jacket I donned in the kitchen at Elm – in fact, they said I should get one just so I can wear it when preparing their dinner. What do they think my kitchen is? A restaurant? Many days I wonder. I should get one just for kicks.

Thanks Chef Stabinsky! I had a fabulous time and my kids thank you for it (I just ordered some Valrhona chocolate and cocoa so I can recreate these beauties at home). 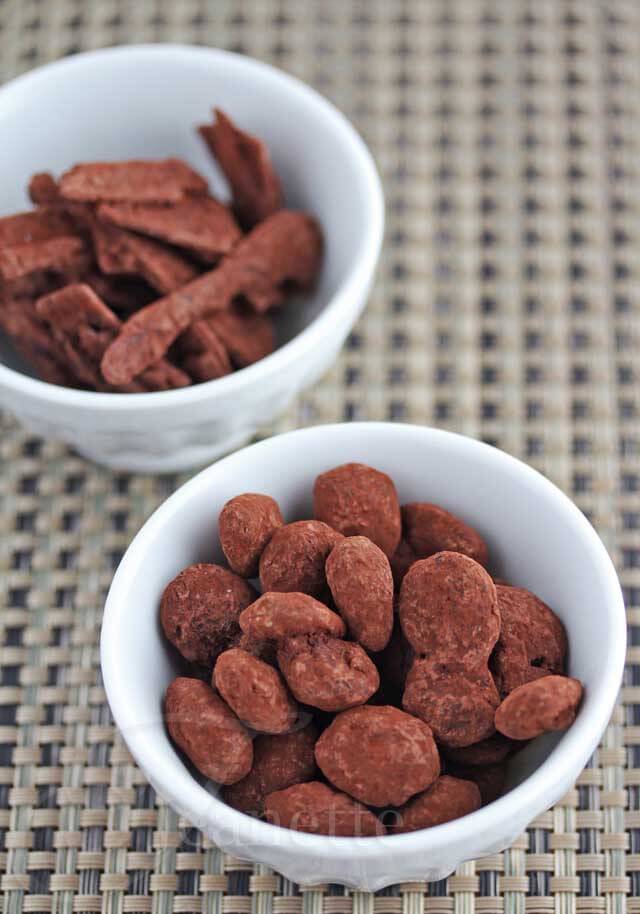