This Korean Chicken Taco recipe was inspired by a similar taco I sampled in California at the farmer’s market. 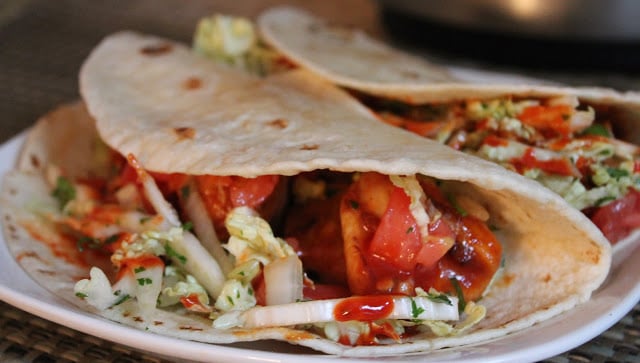 I recently tried my hand at a Korean Chicken Taco recipe after tasting my first Korean taco at the Ferry Plaza Farmers Market in San Francisco, California, which features a wide selection of artisan street food, in addition to fresh produce, meats, bread, cheese, and more. It was amazing to see how long the lines were at some of the most popular food stands.

One stand that caught my eye was Namu, a Korean stand, featuring “Real Korean Tacos” made with kalbi short ribs, seasoned rice, pickles and kimchee remoulade.

As an East Coaster, I’d heard about the popular Korean taco trucks in California (Koji Korean BBQ-To-Go is the most well known), and wanted to try to make a healthier, tasty version of Korean Chicken Tacos at home by substituting chicken for the fattier beef short ribs without sacrificing the rich flavor.

Korean Chicken Tacos are a great way to get everyone involved at the dinner table, with all the toppings laid out on the table, and everyone helping themselves to their favorite toppings.  It’s also a great way to get kids to eat their vegetables, which in this recipe, includes tomatoes and napa cabbage.

Although this taco recipe is not authentically Korean, it is reminiscent of Korean bo ssam, pork wrapped in lettuce leaves with toppings and a red pepper sauce.

Adapted from Hankook Taqueria, Atlanta, as seen in the NY Times, 7/28/10; in addition to marinading the chicken in gochujang, I used it in the taco sauce to give the tacos a richer, deeper flavor. 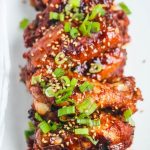 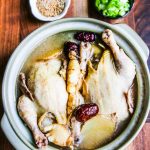 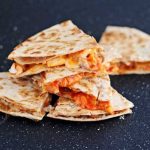 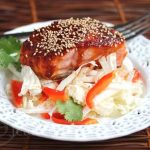 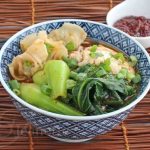 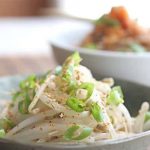