Today’s post is dedicated to my 93-year old aunt, Florence Lin, who recently received a Special Recognition Award – the Milestone Award – from the International Association of Culinary Professionals (IACP) in recognition of her lifetime achievement of promoting the culinary arts of China in the United States. Special recognition awards pay tribute to notable culinary professionals who have made significant and lasting contributions to the culinary industry and/or IACP. 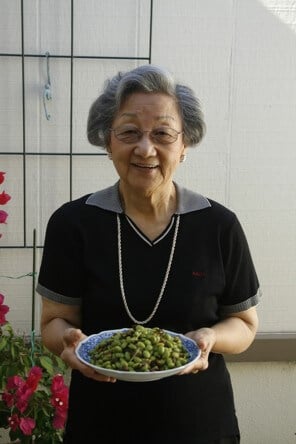 Florence Lin was a pioneering teacher of Chinese cooking classes, having co-founded the Chinese Cooking School at the China Institute in New York, where she taught thousands of students over the course of 25 years. In fact, Julia Child even attended some of her classes.  In addition, she is the author of several groundbreaking books on Chinese cuisine. Most notably, she was one of the principal consultants for Time-Life’s groundbreaking “Cooking of China” volume in its “Foods of the World” series.

What a great honor for my aunt, to be recognized for the work she did decades before self-publishing, e-books, digital photography and blogs existed. I fondly remember our family visiting Auntie Florence in the Bronx when I was young – we were always treated to delectable authentically prepared Chinese dishes. I only wish I had been older at the time so I could have taken some of her cooking classes. 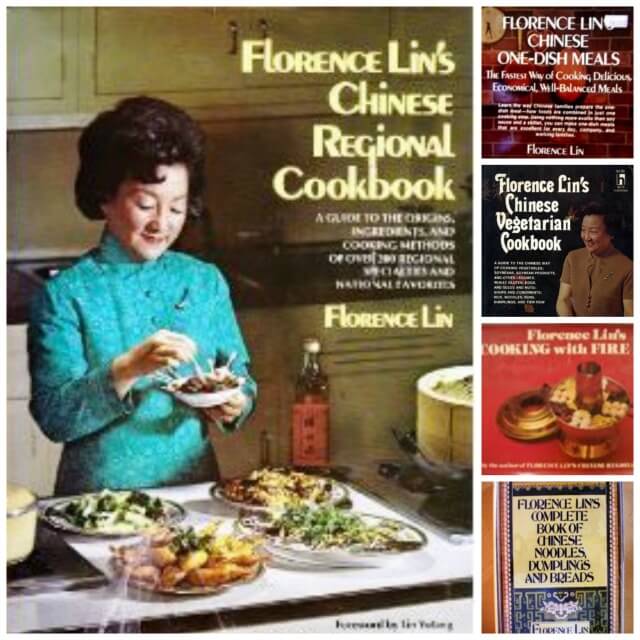 Florence Lin is the author of five Chinese cookbooks, all of which I am the proud owner of. Her publications have helped introduce Americans to authentic Chinese dishes from the diverse culinary regions of China. Instead of color photographs as are common in cookbooks today, each of these cookbooks uses hand illustrations, a real art. If you’re fortunate enough to have any of these cookbooks in your collection, or if you can get your hands on any of her cookbooks, you will see what I’m talking about.

Her cookbooks are entitled:

My cousin sent some photos of the special IACP awards ceremony that I wanted to share with you all. I wish I could have been there to witness this special moment. My aunt is an incredible woman – energetic, always upbeat, with a positive outlook, and fun to talk to. You might recall the Baked Coconut Sticky Rice Cake recipe that she told me about over the phone for Chinese New Year. 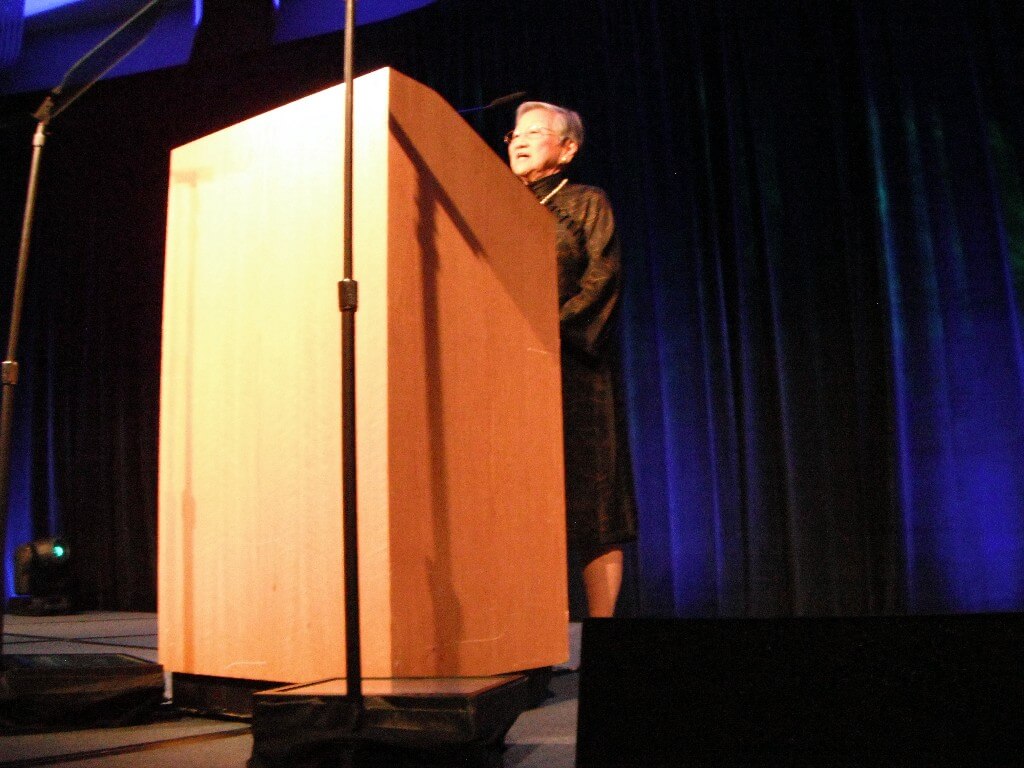 Here is Florence Lin with Raghavan Iyer, a noted cookbook author, who presented the award to her. 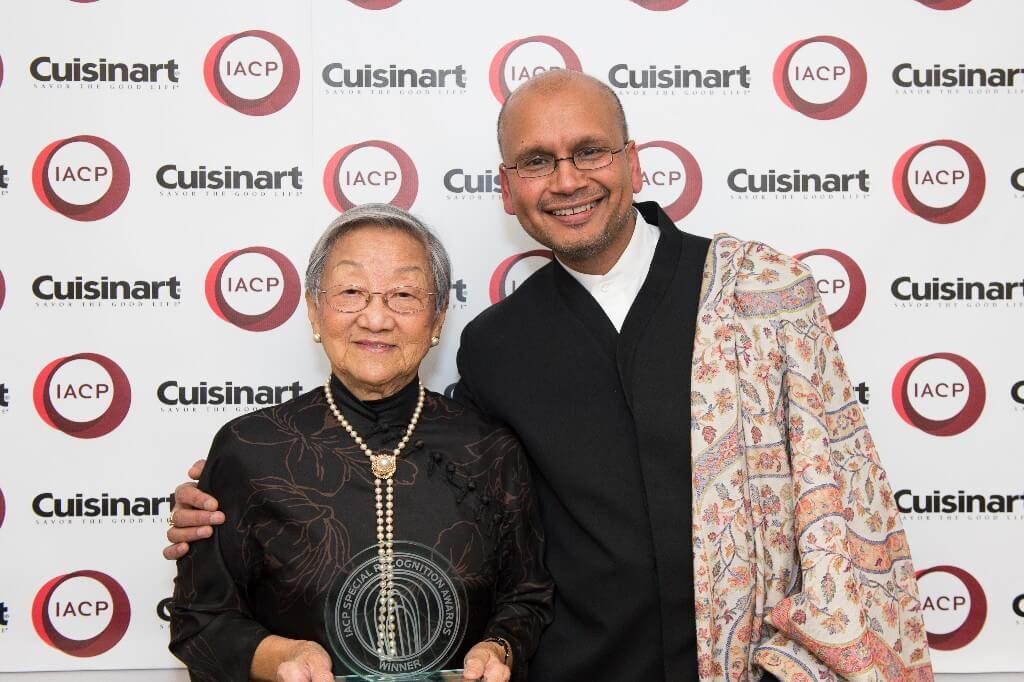 Here she is with one of my favorite celebrity chefs, Martin Yan, who was thrilled to meet her. 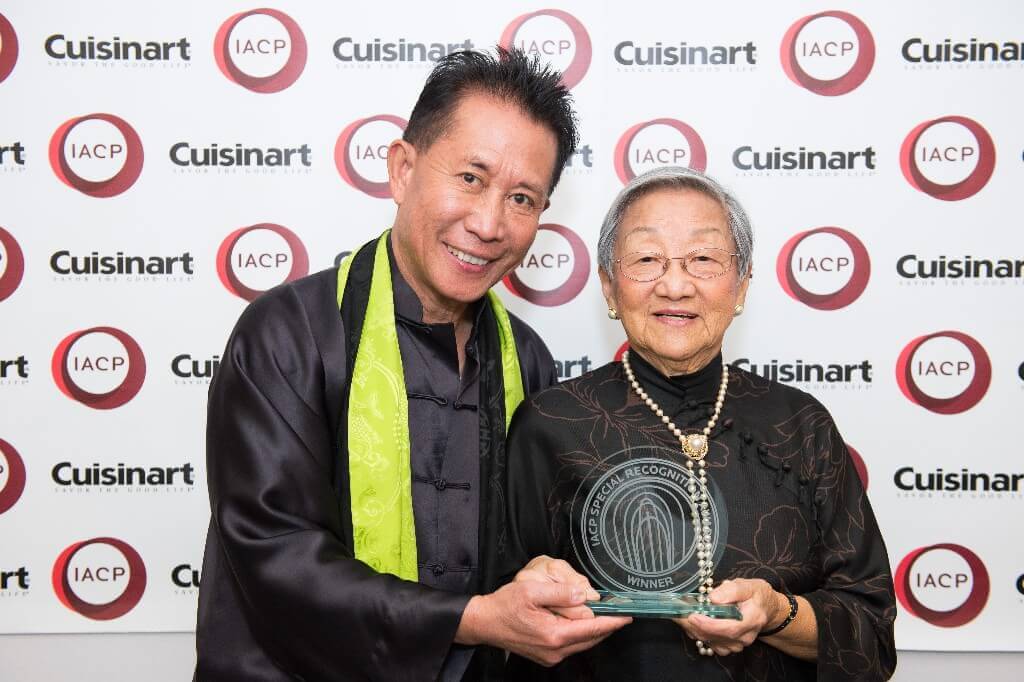 And here is Auntie Florence with Thomas Keller towering over her (she is a petite woman – isn’t she cute). She actually met Thomas Keller, owner/chef of The French Laundry and PerSe, a number of years ago when she first moved to California and dined at the French Laundry in Yountville. Apparently, when she was introduced to Thomas Keller, he pulled two copies of her cookbooks from his kitchen shelf and asked for her autograph. 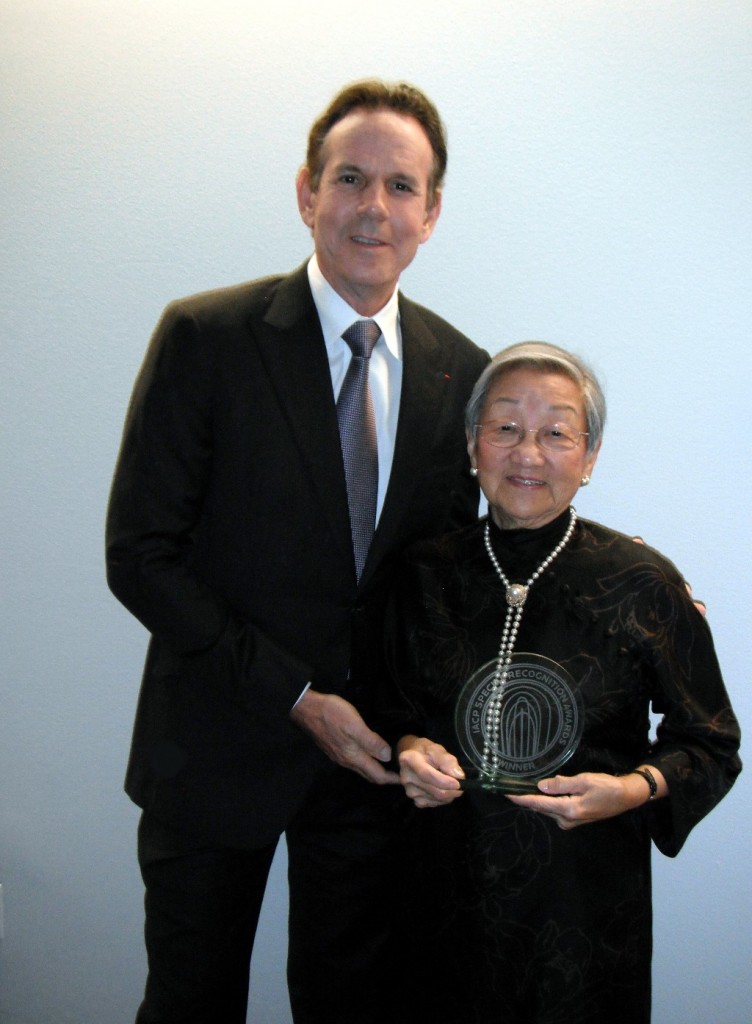 Congratulations Auntie Florence! Our family is so proud of you! 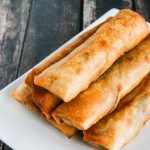 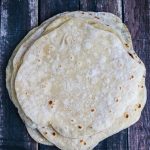 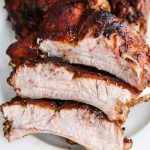 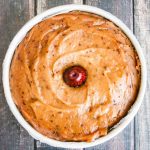 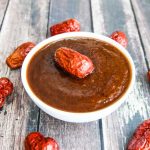