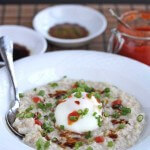 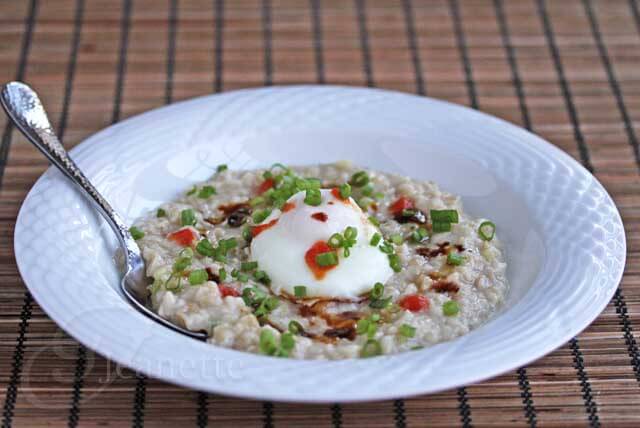 A few weeks back, a friend of mine asked if I’d ever tried savory oatmeal before, and you know what? I’ve never made it. Although I’ve seen a few variations around the web, somehow I just couldn’t get my arms around eating oatmeal with savory and salty notes. I think it’s similar to the way many people think about breakfast. We’re accustomed to eating sweets for breakfast and baked goods. During the weekday, I would guess that most Americans have a bowl of cereal, a bagel, or toast, and if they eat oatmeal or hot cereal, it’s sweetened, not savory.

Well, I took my friend’s question as a challenge – and I wish I had tried savory oatmeal sooner. Not only was it good, but I actually really, really loved it. In fact, I’ve made it more than a couple of times now and keep trying slightly different variations each time. I think of savory oatmeal as Chinese congee – a breakfast porridge that serves as the base for fun toppings and stir-ins. 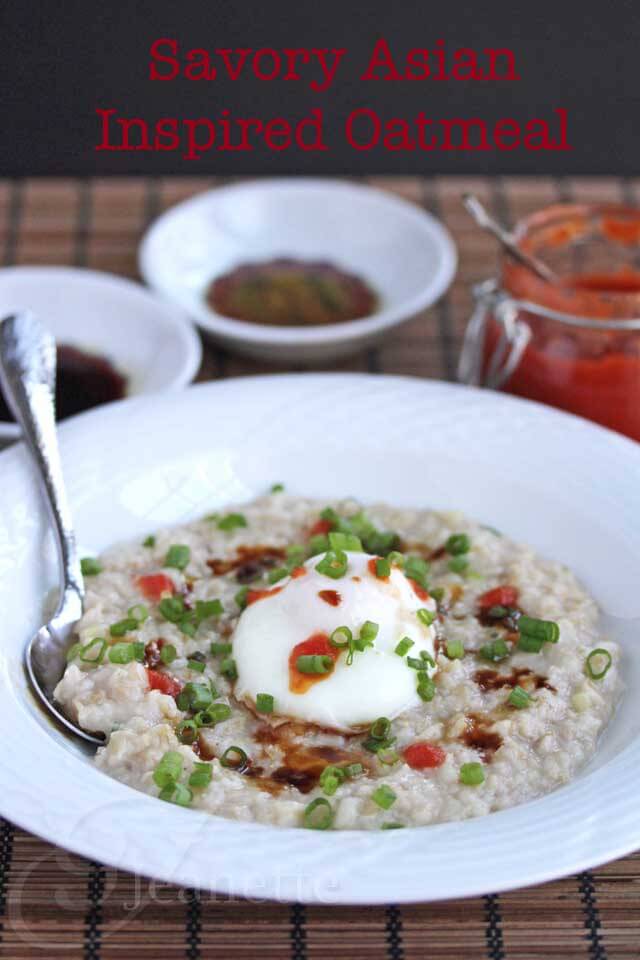 At its most basic, I simply cooked the oatmeal in some chicken broth with a slice of ginger, topped it with a poached egg, drizzled a little soy sauce and sesame oil on top, and added a sprinkling of chopped scallions. I’ve also eaten this with my Ghost Chile Hot Sauce when I’m in the mood for something spicy. In a fancier rendition, I cooked the oatmeal with some lemongrass in chicken broth, topped it with a poached egg, and drizzled some fish sauce and fried shallots on top.

This week, a group of bloggers is featuring Oats as a Power Food.  This weekly food blogging group features a different Power Food each week based on the book Power Foods: 150 delicious recipes with 38 Healthiest Ingredients from the editors of Martha Stewart’s Whole Living Magazine. Power Foods are foods that are outstanding in the amounts of vitamins, minerals, phytonutrients, essential fatty acids, fiber and more, that help fight disease and promote good health.

Between Hurricane Sandy and the fast approaching holiday season, our Power Foods group has been taking a bit of a break. But, today, we are starting up again for a few more weeks before the holidays hit.

Let’s take a look at what makes Oats a Power Food:

When you’re shopping for oats, the most common varieties are Old-Fashioned Oats, Quick-Cooking Oats and Instant Oatmeal. More recently Steel-Cut Oats have become more popular. Steel-Cut oats are the least processed of these varieties and Instant Oatmeal is the most processed (and sugar, salt, and artificial colors and flavors are often added to this product). Instant oatmeal also has a higher glycemic index due to the fact that it has been processed to cook more quickly, and is broken down and digested more quickly by the body.

Old-Fashioned Oats really don’t take long much longer to prepare than Instant Oatmeal, plus you can add your own favorite toppings, so I would suggest trying the less processed oats.

This recipe is linked up to Beyond The Peel’s Keep It Real Thursdays. 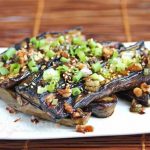