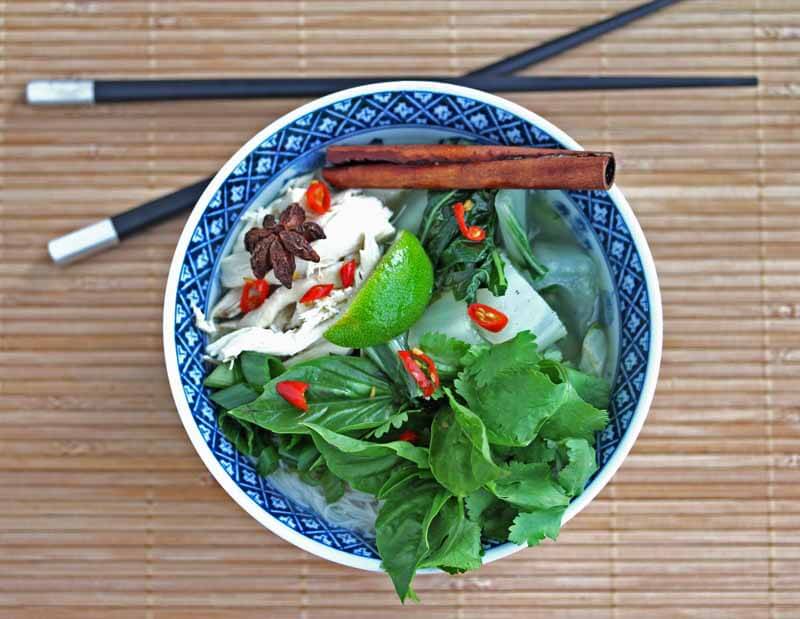 I love Asian noodle soups – they are one of my favorite foods to make for a quick and easy lunch. I usually take a peek in my refrigerator and start pulling out whatever bits and pieces of herbs, vegetables, and soup I have leftover. Sometimes I might add some leftover chicken or poach an egg right in the broth. Today, I am sharing a Vietnamese Chicken Noodle Soup recipe, simple and comforting.

If you’re familiar with Vietnamese food, you most likely have heard of pho, a traditional Vietnamese noodle soup that is eaten throughout the day, at breakfast, lunch and dinner. I spotted a Vietnamese Noodle Soup recipe on Donna Hay’s site which reminded me of pho, but was much simpler.

I first made pho several years ago after I met a Vietnamese woman in our town who had cancer. In fact, one of the first recipes I posted on my blog was a Vietnamese Vegetarian Pho, a recipe I dedicated to my friend Thuy, who died within nine months of finding out she had cancer. Thuy was one of the inspirations behind my blog, trying to help others stay healthy and cancer-free.

This Vietnamese Chicken Noodle Soup is not pho, but it has some of the same flavorings. A fragrant broth infused with lemongrass, star anise, ginger and cinnamon serves as the base for this noodle soup. From there, anything goes. I happened to have some leftover poached chicken, bok choy, Thai basil and cilantro in my refrigerator so that’s what I put in my noodle soup. Although I usually have thicker dried rice noodles in my pantry, I was all out but found a pack of thin brown rice noodles. 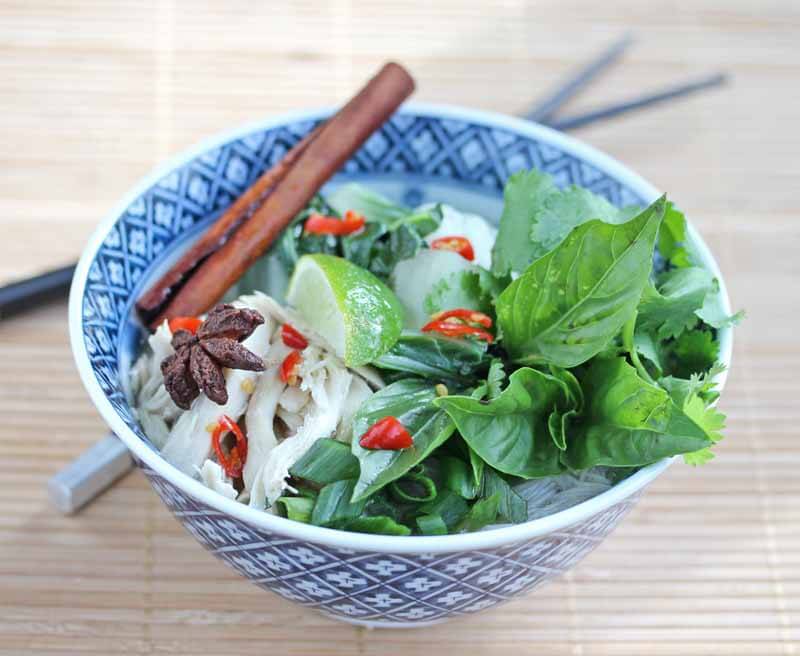 Today, a group of food bloggers is celebrating Donna Hay as one of 50 Women Game Changers in Food. Sometimes referred to as the Australian Martha Stewart, Donna Hay is Australia’s leading food editor and best-selling cookbook author. Her career as a food writer and stylist began when she was only 19. She became Marie Claire’s food editor at the age of 25. She is the editor of donna hay magazine, a top-selling international food magazine. Donna Hay has 18 award-winning cookbooks and was named one of the ‘Magnificent Seven’ cookbook authors by the international Gourmand Awards in January 2007. Her food, recipes and styling focus on basic ingredients, simply prepared and beautifully photographed

Give this a try – and don’t skip the fresh herbs, it really makes this soup fantastic. 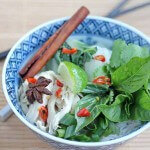 I used thin dried brown rice noodles that I found at the local Asian grocery store. Use any size dried rice noodles and green vegetables that you like. 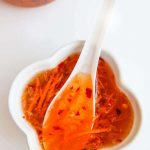 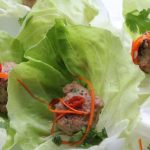 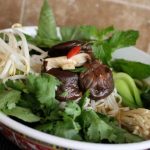