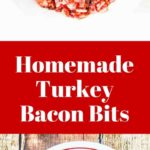 Homemade Turkey Bacon Bits are so easy to make and are a delicious topping for soups and salads. Did you know that store bought imitation bacon bits are often made from textured vegetable protein? Although you can now buy “real” bacon bits in the supermarket, you can easily make healthier turkey bacon bits at home. 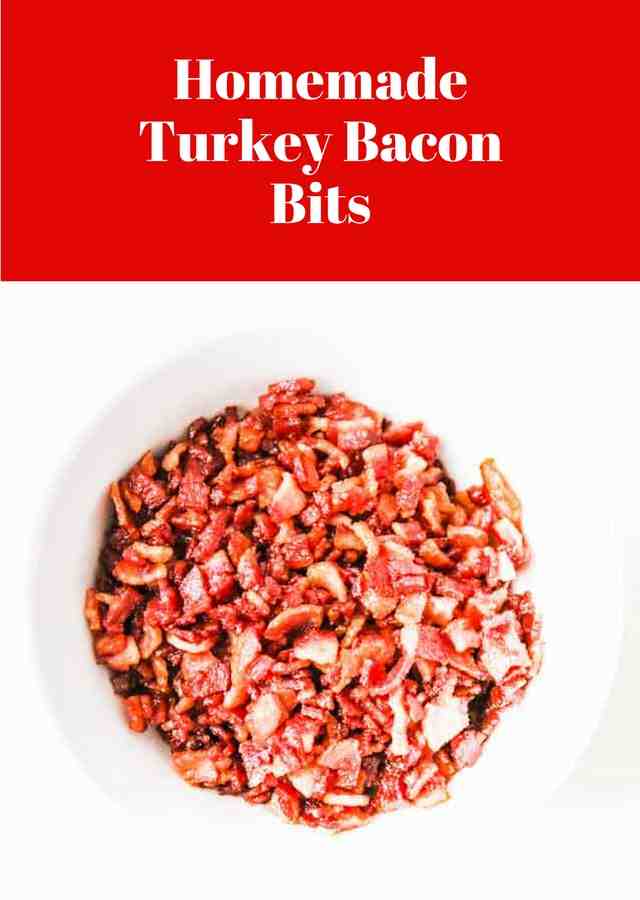 My youngest son loves condiments and toppings. He is always looking to add some contrast to this meals, whether it’s something creamy or crunchy. For breakfast recently, I made him toast with peanut butter, sliced bananas and honey drizzled on top. My son asked if there was anything crunchy I could sprinkle on top. Since I was out of chia seeds, I sprinkled some crunchy granola on top. These turkey bacon bits would have worked too.

So, recently, I made these turkey bacon bits as a topping for a soup recipe. I was going to just pan fry the turkey bacon and rough chop it afterwards, but decided to make bacon bits instead.

Turkey bacon is actually much easier to mince than regular bacon because it’s made with pressed turkey meat. 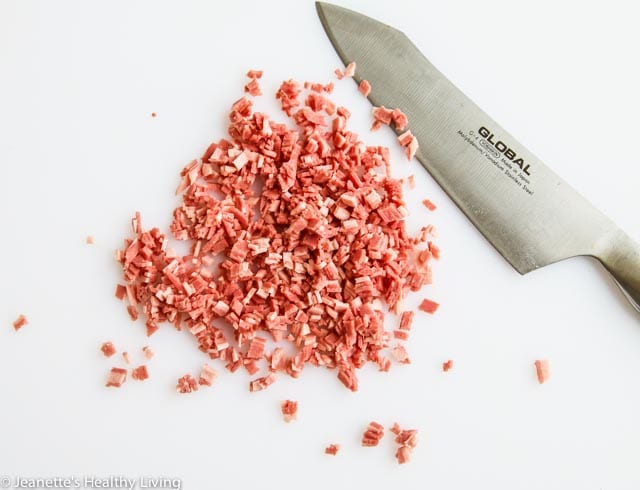 Simply put the minced turkey bacon in a cold skillet and cook until crispy and browned. 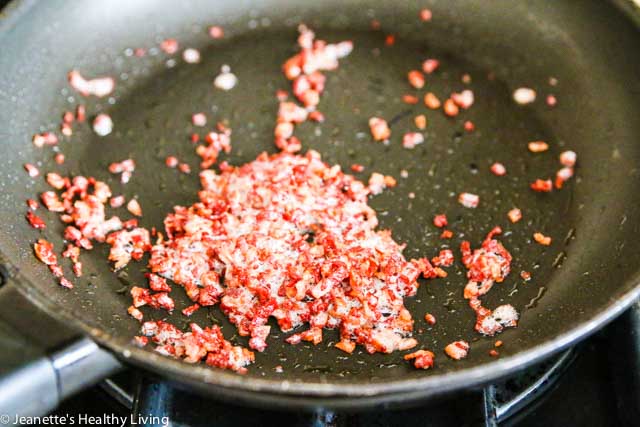 Drain on a paper towel lined plate to get rid of as much fat as possible. 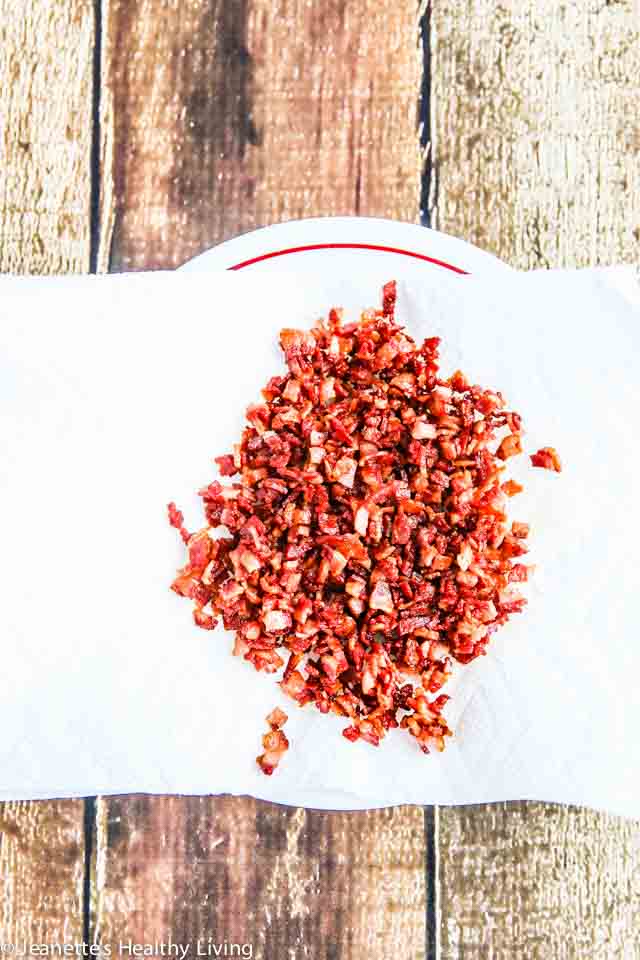 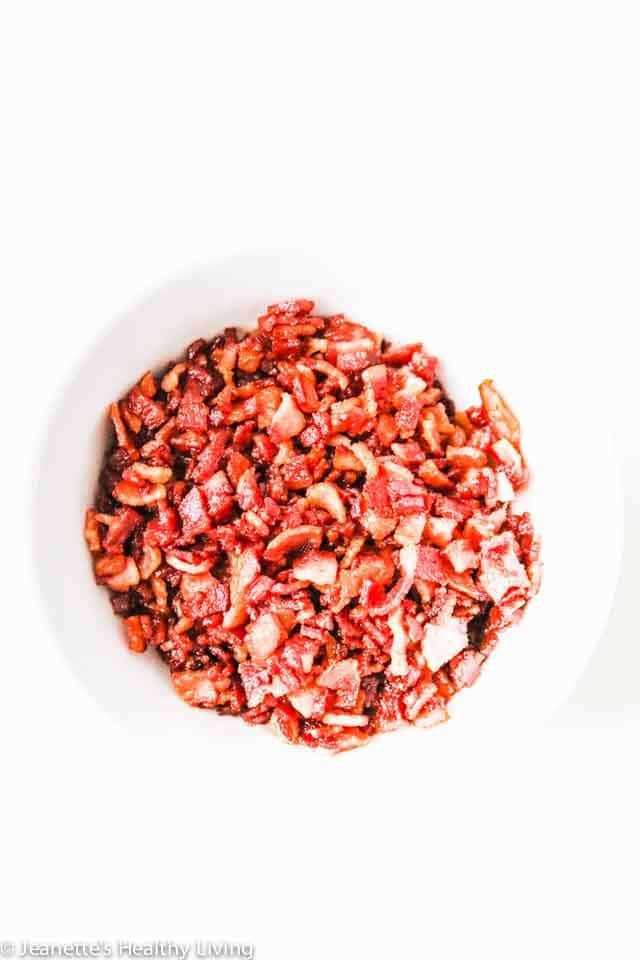 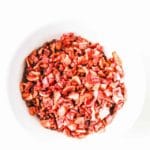 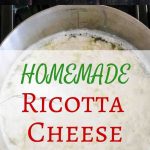 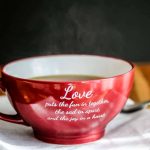 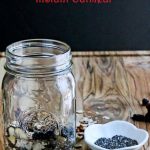