These Slow Roasted Summer Tomatoes are jammy, yet juicy and sweet. They’re a versatile accompaniment to just about any meal.

There’s something about summer tomatoes that I just can’t get enough of. Each week I pick up as many tomatoes as I can from the farmer’s market – some are yellow, some orange, others red or green, some striped. There are beefsteak tomatoes, cherry tomatoes, plum tomatoes, and heirloom tomatoes. The varieties are so enticing, and the flavors of each are so different. Some are sweeter than others, and certain tomatoes have a savoriness to them that is hard to describe. At their peak, summer tomatoes are so juicy, they practically burst out of their skins. 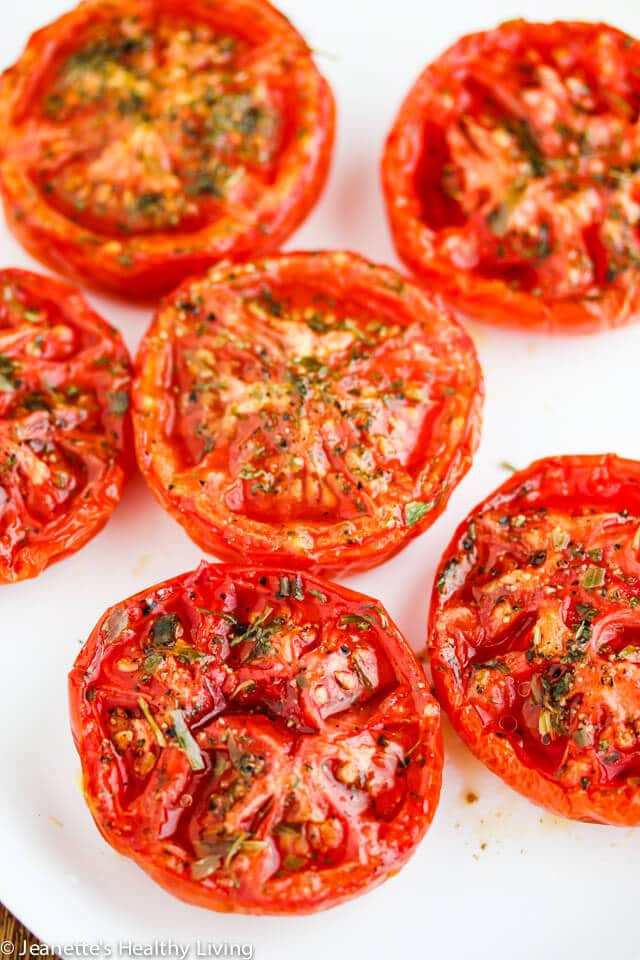 The end of tomato season is near and I’m going to miss our local farm-fresh tomatoes. So, I’m picking up as many as I can and trying to preserve that summer feeling as long as possible. Slow roasting tomatoes is one method of stretching out my tomato supply over the course of the week.

These babies roasted in my toaster oven at 220 degrees for 3 hours. Brushed with a little olive oil, sprinkled with a bit of salt, fresh ground pepper, and dried Fines Herbes mix, they’re a versatile accompaniment to just about any meal. Slow roasting brings out the sweetness in the tomatoes and they take on almost a jammy consistency with concentrated tomatoey flavor, while maintaining some juiciness.

These Slow Roasted Summer Tomatoes are great for breakfast – serve on top of fried rice as I did, stuff one inside a breakfast sandwich or layer one onto your grilled cheese sandwich. 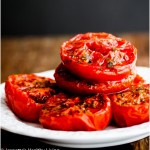 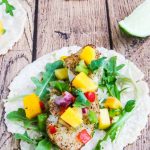 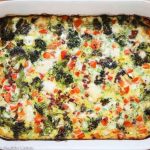 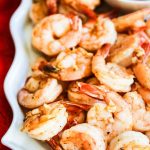