This Indian Spiced Quinoa Pilaf with Peas recipe takes less than 30 minutes to prepare. Fragrant with whole spices, including cardamon, cinnamon, cloves and cumin seeds, this side dish is deliciously healthy. 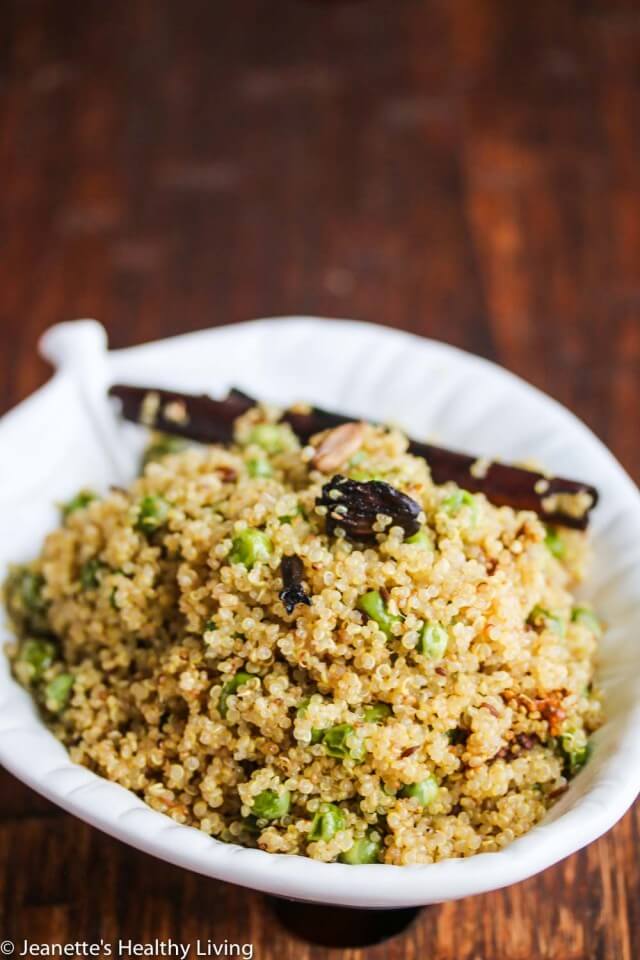 A number of years ago, I took a few Indian cooking classes from a local woman. She was a fabulous home cook who wanted to take the mystery out of Indian cooking to people in our community. Before I took her classes, I was totally intimidated at the thought of cooking Indian food. There seemed to be so many spices and the cooking techniques were foreign to me. However, after my first class, I realized that there was nothing to be afraid of. There are a lot of spices that can be used in Indian cooking, but they are also dishes like this one that use relatively common spices, and there’s nothing tricky about the cooking technique either. Flavor development comes mainly from toasting the spices and sautéing aromatics (onion and ginger are used quite often).

Today, I’m sharing one of the Indian recipes this woman prepared during that class, except I’m using quinoa in place of the traditional rice used in this dish. The traditional dish is called Rice Pulav with Peas which is simply rice pilaf with peas. Although the name might sound very ordinary, the flavor is not at all plain. This pilaf is fragrant with lots of whole, toasted spices, including whole cumin seeds, cinnamon stick, cloves, black and green cardamon pods.  Green cardamon is milder tasting and black cardamon has a smokiness about it. If you have an Indian grocery store near you, you can find these spices very inexpensively. Penzey’s also carries these spices. 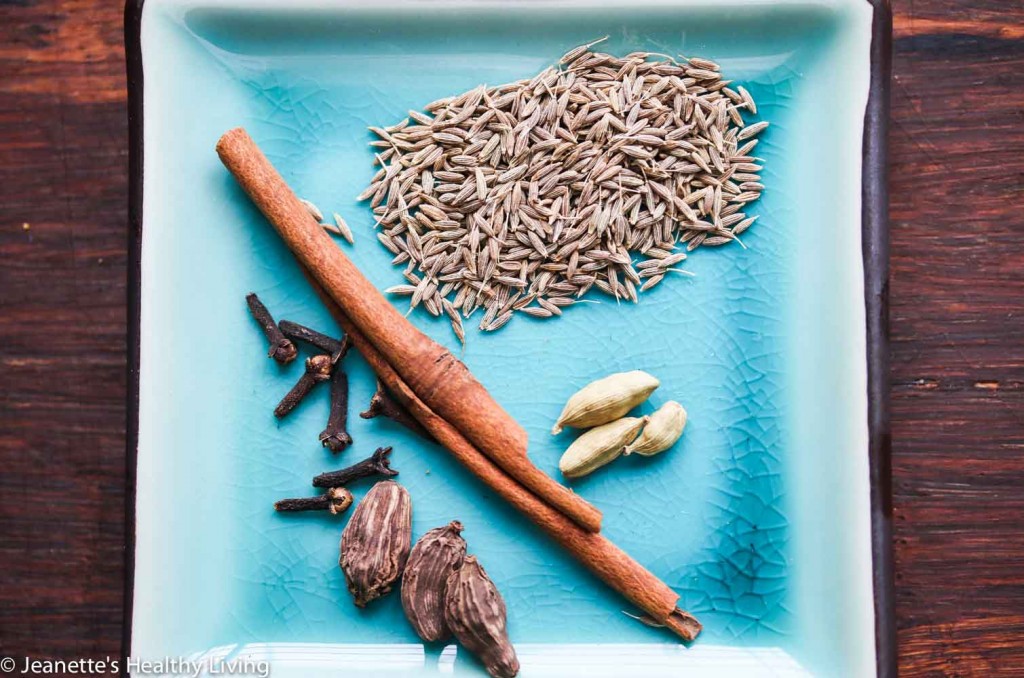 I made this for a friend recently who had surgery and needed to get back to good health. She loves Indian food and quinoa, so this Indian Spiced Quinoa Pilaf with Peas, some dal, and a few containers of Magic Mineral Broth fit the bill. 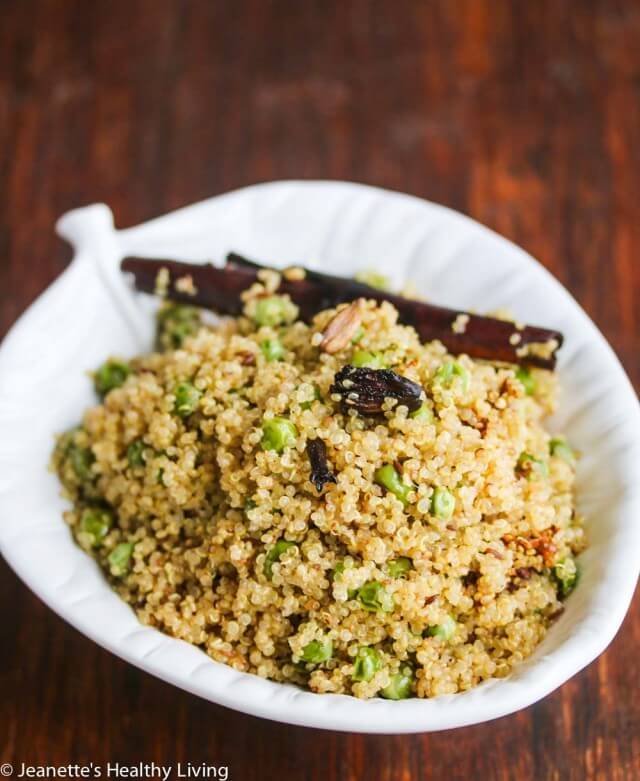 This pilaf takes less than 30 minutes to make and is a wonderfully fragrant dish to try if you’re new to Indian cooking. 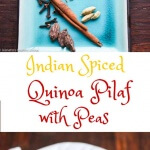 I’m participating in Food Network’s Sensational Sides event today where Grains are being featured. Please be sure to check out what my fellow foodie friends made: 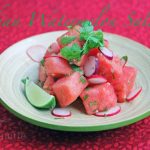 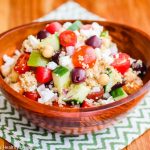 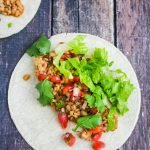 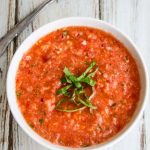 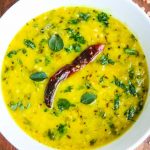 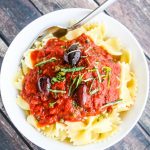