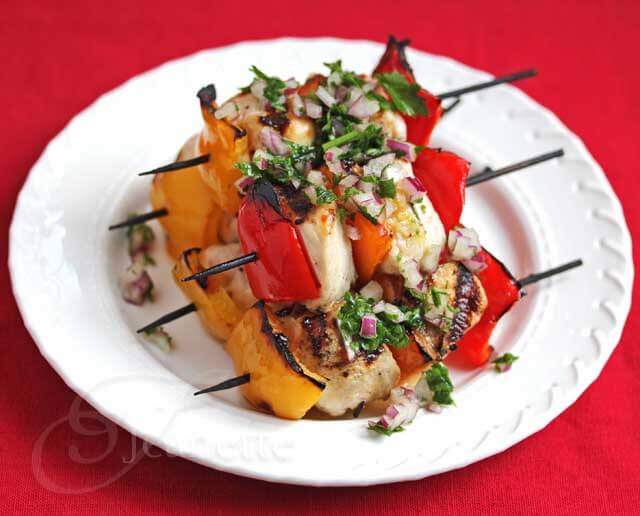 Each summer, I think things will be calmer, quieter, and dream of all the free time I’ll have. After all, there are fewer scheduled kid activities right? Well, that might be true, but the lack of routine can sometimes be a bit unsettling too. During the summer, the boys wake up at all different times, and it can really throw me off.

I do better with routines…I’m really not very good with kids waking up at all different times. For the first month of summer vacation, three of the four kids had to wake up to work or for camp, so we had more of a routine. But, now, only my oldest son is working, so things have been in a bit of disarray, at least from my standpoint, with the other three boys rolling out of bed at all different times. One of the boys gets up early to train for cross country, but the other two stumble downstairs a lot later.

I’ve been trying to teach my kids how to cook a bit this summer, hoping they’ll become more self sufficient and confident in the kitchen. I tell them that girls really love guys who can cook, hoping that will give them a little push to learn to make a “signature” dish to impress their future girlfriends (my husband doesn’t cook, but hey, we can all dream, right?). One of the summer projects my boys have been doing is making cooking videos demonstrating what they’ve learned to cook this summer.

This cooking video project, mostly featuring my youngest son cooking, seems to have spurred some interest in the older boys. My oldest son is living off campus this fall, so he is particularly interested in learning a few easy recipes before he returns to college. Meanwhile, I’ve been trying to cook all his favorite dishes before he leaves home again. After his first year away, I think he really does appreciate my cooking now and all the love that goes into it. 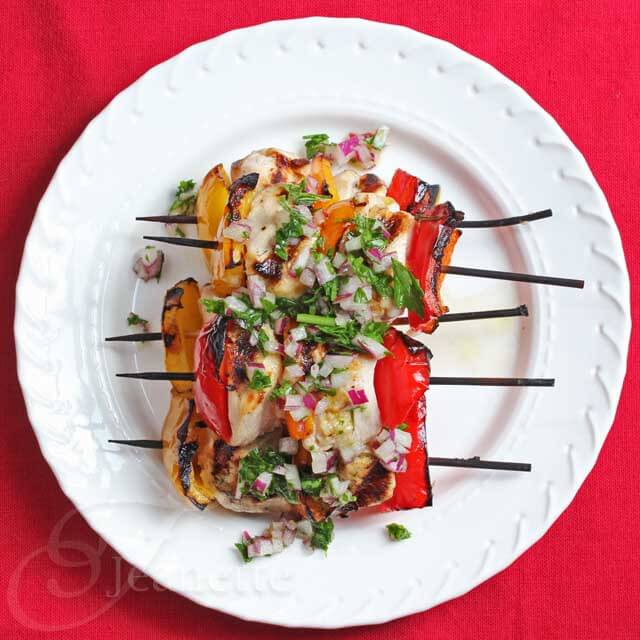 So, what does this all have to do with today’s Grilled Chicken and Vegetable Skewer recipe? With all the boys home during the summertime, lunch is always a trick since breakfast time varies depending on when each of the boys wakes up. These Grilled Chicken and Vegetable Skewers, inspired by a recipe I found on The Gingered Whisk, make perfect leftovers for lunch for the boys – both the chicken and vegetables can be cut into smaller pieces and tossed into quesadillas or in panini sandwiches, which I’ve been trying to teach my boys to make on their own.

I’ve been getting lots of zucchini and summer squash in my CSA Boxes lately, so these kebabs were a great way to use them up. My kids are not huge fans of peppers, zucchini or summer squash, but I was able to sneak them by at dinnertime and also when I stuffed them in with their sandwiches and quesadillas the rest of the week. But then again, my kids will eat practically anything with Chimichurri Sauce.

Today is “reveal day” for Group D of the Secret Recipe Club, created by Amanda of Amanda’s Cookin, and now run by April of Angel’s Homestead. The host for Group D is Sarah of Fantastical Sharing of Recipes. So far, everything I’ve tried for the Secret Recipe Club has come out really well, and I’ve had the opportunity to delve deeper into some blogs more intimately and get to know the person behind the blog. This club has grown so rapidly that Amanda created four different groups that have a different reveal day during each month. The idea behind the Secret Recipe Club is to give bloggers the chance to try each other’s recipes without the other bloggers knowing it until everyone posts their results.

This month, I was thrilled to be assigned to Jenni of The Gingered Whisk because she features cuisines of all different countries and tries all different kinds of recipes. One of my favorite features on Jenni’s blog is her recipe box. You can search her recipes by cuisine, dietary requirements, cooking method, season, key ingredient, occasion, course or dessert type. Jenni has recipes from all different cultures, including Creole, Indian, Russian, Armenian, Asian, French, Spanish, German, Mexican and Vietnamese. I also enjoyed reading through Jenni’s Bucket List, something I should sit down and write.

By her own account, The Gingered Whisk is all about what actually happens in her kitchen, however messy they might be. It’s the food her family actually eats, in the house that they live in, along with stories that go along with them.

Although I chose to make these Grilled Chicken Bell Pepper Zucchini Squash Vegetable Kebabs, some of the other recipes that caught my eye on The Gingered Whisk were Breakfast Quinoa, Caramelized Brussels Sprouts, and Double Chocolate Zucchini Brownies.

Please stop by The Gingered Whisk and check out Jenni’s recipes.
pe:186] 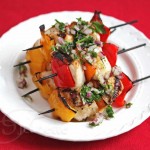 I left a few pieces of the chicken breast whole and grilled it. This is great for putting in salads, sandwiches and cold noodle salads. I highly recommend serving these chicken kebabs with the Chimichurri Sauce.
Prep Time 20 minutes
Cook Time 10 minutes
Total Time 30 minutes
Servings 8
Author Jeanette

Adapted from The Gingered Whisk. 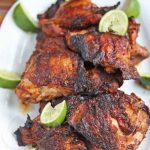 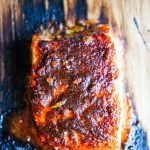 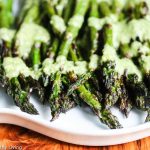 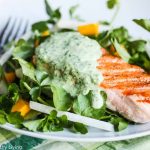 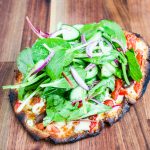