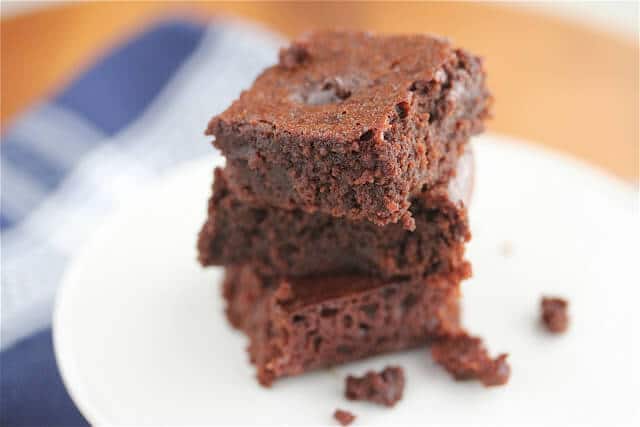 Oh my, can you believe these deep chocolatey brownies are gluten-free? I couldn’t, and my little guy was over the moon about these brownies. Even my skeptical boys who are not on a gluten-free diet thought these were amazing.

Over the past nine months, I’ve learned to bake gluten-free and dairy-free for my little guy, something that was overwhelming and intimidating in the beginning, but became easier the more I explored and tried different recipes, and discovered the most incredible community of gluten-free bloggers.

This group of bloggers, many of whom have celiac disease, are some of the most giving, generous and inspiring people I’ve come to know, helping each other and people like me who were new to the gluten-free world.

I especially appreciate the encouragement and advice I received from Lexie’s Kitchen, Adventures of a Gluten-Free Mom, Cook It Allergy Free, Gluten-Free Easily, and the Gluten-Free Goddess. These ladies made what seemed near impossible entirely possible and easy.

One of the first events I joined when I was learning to bake gluten-free was Adopt a Gluten-Free Blogger. It forced me to dive right in and what better way to learn than to sign up for an event with a deadline. I’m so glad I participated because it opened the door to so many wonderful gluten-free blogs to help me along the way.

This month, Book of Yum is hosting Adopt a Gluten-Free Blogger, and I jumped at the chance to adopt Karina from Gluten-Free Goddess. I’ve been following the Gluten-Free Goddess for a while, and referred to her recipes often for inspiration when I started cooking and baking gluten-free. But, I’m embarassed to say I had never actually made anything from her recipe file. So, this was the perfect excuse to try a few of Karina’s recipes. 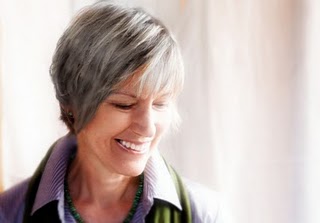 Karina is an artist, a mother of two sons, a writer, and a creative gluten-free cook in the kitchen. As someone with celiac disease, Karina offers incredibly useful information for anyone new to the gluten-free life, like How To Go Gluten-Free, and a Quick Start Guide For Going Gluten-Free. The National Foundation for Celiac Awareness says, “Karina Allrich is by all definitions, a Gluten-Free Goddess!” and I couldn’t agree more after trying two of her recipes for the first time.

First I made Karina’s Gluten-Free Apple Crisp, then her Gluten-Free Dark Chocolate Brownies. I wish I had a picture of the Apple Crisp, but it was scarfed up before I could get a shot. Besides, Karina’s photography is amazing and I would not be able to improve upon it, so check out her post to see it for yourself. The topping was nice, light and crunchy, and my boys (even the ones who are not on a gluten-free diet) loved it.

When I spotted the second recipe – for Gluten-Free Dark Chocolate Brownies – I knew I had to try it. Since my son went on a gluten-free diet, it’s been really hard finding treats that taste good. I’ve tried a few gluten-free brownie mixes, but have had little success. Several batches have ended up in the trash as a bubbling mess. 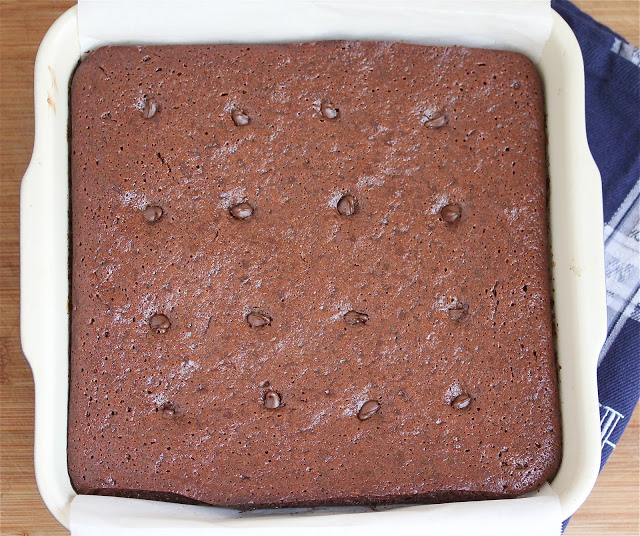 I made a few changes to Karina’s recipe, substituting half of the coconut oil with applesauce to reduce the fat in these treats. I also made a few changes based on what I had in my pantry – I used a mixture of coconut sugar and jaggery in place of the organic light brown sugar. I didn’t have enough dark chocolate, so I used  some semi-sweet chocolate too, and just reduced the amount of sugar. My brownies baked in 25 minutes, a bit shorter than Karina’s recipe, but it could be due to the switch-ups in some of the ingredients. I’ve also found my oven runs hot so things tend to bake faster and burn quicker. 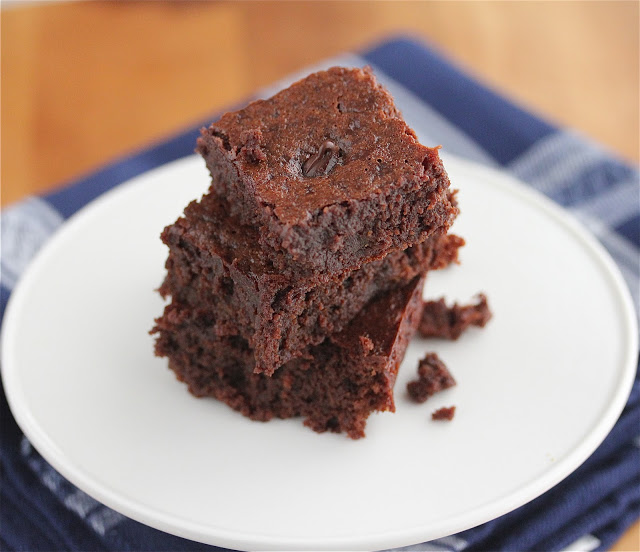 These brownies turned out super fudgey – in short, they were amazing. Karina is indeed the Gluten-Free Goddess.


(I’ll be posting the link to the roundup for this month’s Adopt a Gluten-Free Blogger roundup after it’s up later this week.)