If you’re looking for some fun food, give this Easy Turkey Taco Pizza recipe a try. It’s super kid-friendly and adults will love it too. 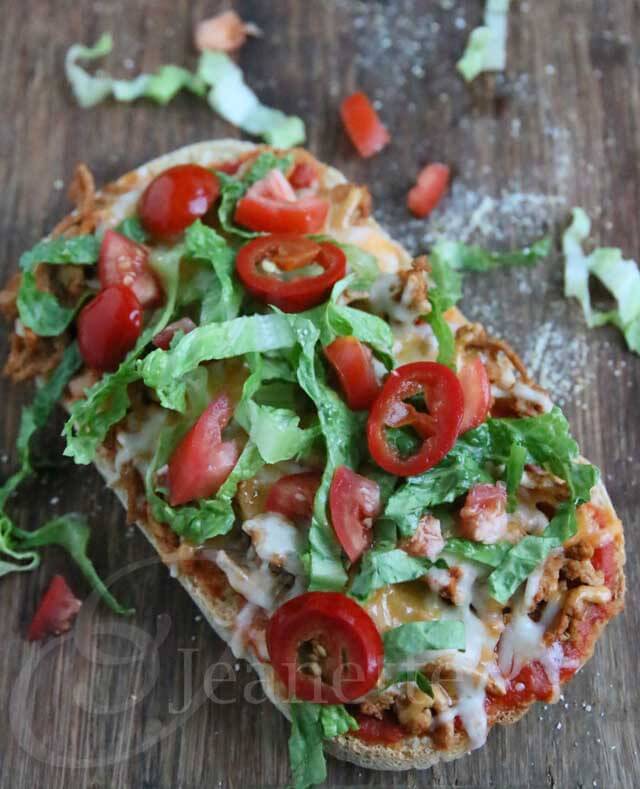 Sometimes my cleverness gets the best of me. I think I’m so smart, and then disaster strikes and I’m put back in my place. Has that happened to you?

I got this smart idea of making pizza dough in my bread machine – let the machine do all the mixing, kneading and rising of the dough, and then all I’d have to do was roll it out into a a circle. 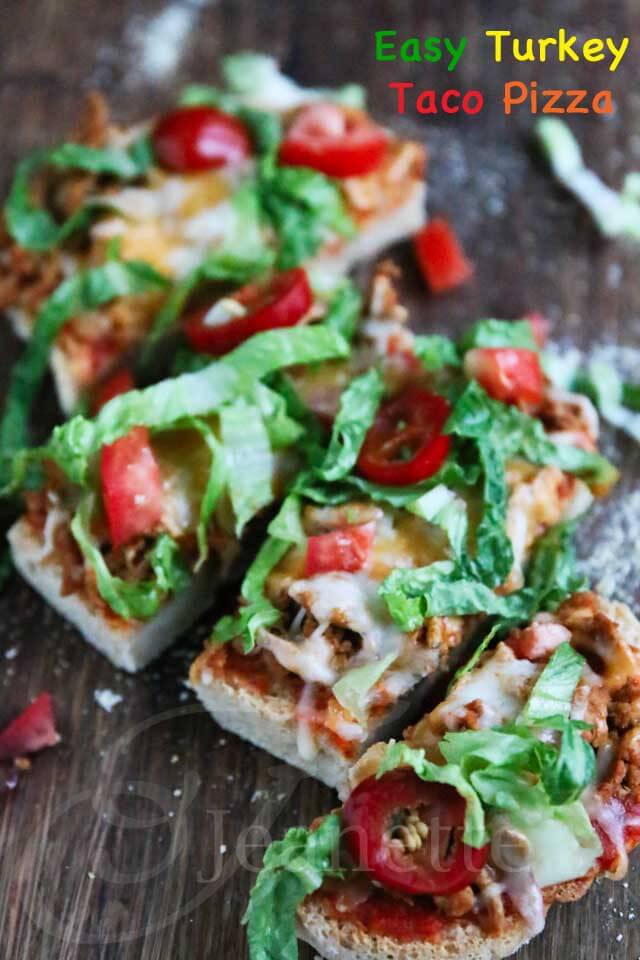 Well, I was keeping an ear out for my bread maker to buzz and let me know that it had completed the knead cycle so I could remove the dough…but for some reason, I didn’t hear the alarm go off. By the time I checked, the pizza dough was nearly cooked through into a loaf shape. Later, I discovered there’s a menu setting on the machine to automatically shut off the machine once the dough has risen. Note to self…read the manual more carefully next time.

I was hoping the dough hadn’t started baking too long so that I could reshape it into a pizza circle, but it was 90% done by the time I stopped the cycle. 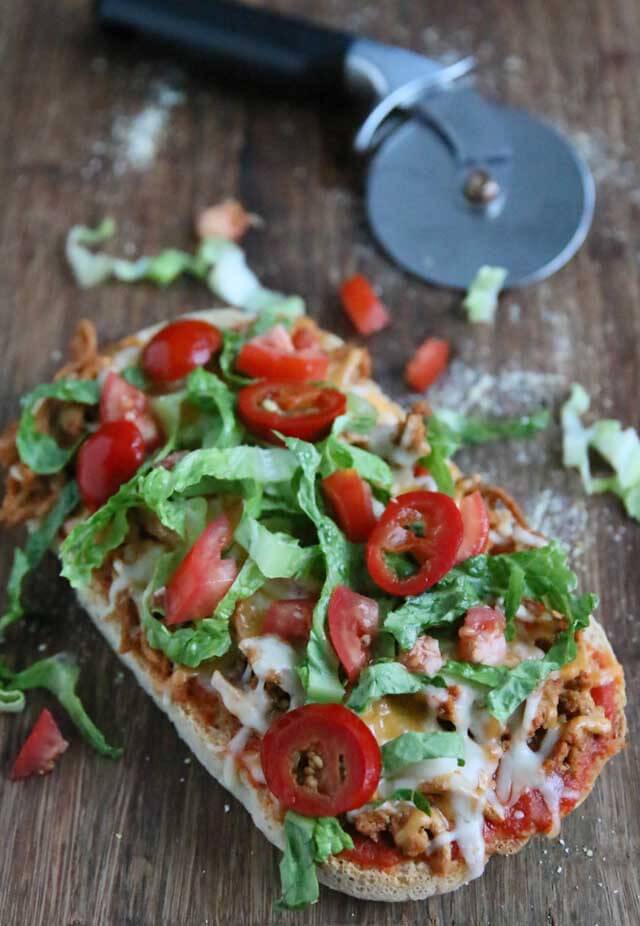 As I stared at the loaf of pizza dough that was only about 2″ thick after baking, I started to get visions of French Bread Pizza. You know, the kind you might have eaten as a kid that’s sold in the freezer case.

Plan B set in – I sliced the pizza bread loaf in half horizontally and decided to use that as my pizza crust base. My youngest son loves tacos – I think he’d eat tacos practically every night if I let him, so that’s how this Turkey Taco Pizza was born. He loves all lots of toppings on his tacos, which is a great excuse for me to load up on some extra vegetables on top. 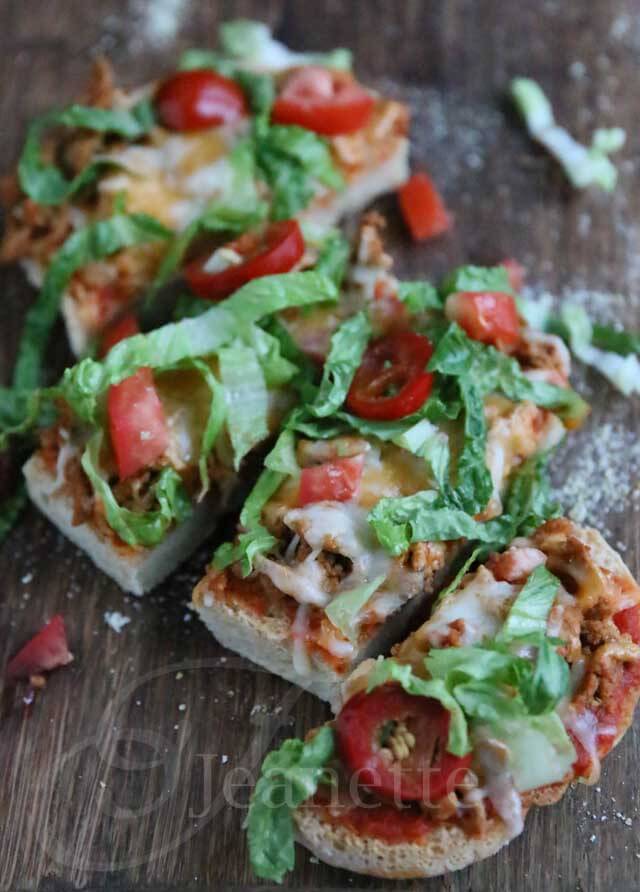 This French Bread Pizza is so much better than anything you’ll find in the supermarket freezer case. Made with Pamela’s Gluten-Free Pizza Crust Mix, topped with turkey taco meat (I used Penzey’s taco seasoning), organic cheese (I used a mix of mozzarella cheese and cheddar cheese), organic tomatoes, organic romaine lettuce and homemade pickled jalapeno peppers, it doesn’t get much better than that.

That’s the biggest advantage of making your own pizza in the comfort of your kitchen – you know exactly what goes into your pizza, and can rest assured that you’re feeding your family the best, healthiest ingredients.

Today, I’m participating in Food Network’s Comfort Food Feast where Pizza is being featured. Please be sure to check out what my fellow foodie friends made: