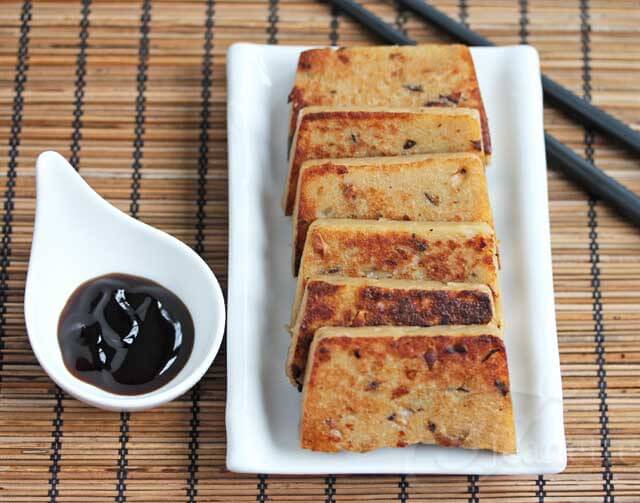 I love dim sum, the bite-size delicacies that are carted around at Chinese restaurants in Chinatown on the weekend. Unfortunately, since I live in the suburbs of Connecticut, finding restaurants that serves dim sum nearby are few and far between. Making dim sum is very labor intensive and would be a monumental effort to recreate at home – imagine how long it must take to wrap all the dumplings and other little bites.

When I get a craving for dim sum, it’s easy to get a quick fix by buying dumplings from our local Asian market. However, some dim sum are not easy to find, such as Chinese Turnip Cake. I remember my mom and grandmother making Chinese Turnip Cake, and it is still one of my favorites. It’s been years since I made this dim sum, but I had a craving for some the other day and took a trip to a large Asian market looking for Chinese white turnips, which is the turnip that is called for in many recipes for Chinese Turnip Cake. I picked up two round turnips that were called Chinese turnips, but when I got home and googled pictures of Chinese white turnip, I saw something completely different – all the pictures looked like Daikon radish. I was so confused.

I decided to call my aunt, Florence Lin, who authored five comprehensive Chinese cookbooks (Julia Child even attended her cooking classes) and has a recipe for Chinese Turnip Cake or Lo Bo Kao in her Chinese Regional Cookbook.  As she described the Chinese turnip, I realized I had picked up the wrong kind of turnip. The turnips should be long, not round. In fact, it appears that Chinese turnips are really Daikon radishes, not turnips. Oh well, I decided to try making Chinese Turnip Cake with these round turnips anyway just to see how it would turn out.

Using the food processor, I finely shredded the turnips and cooked them for a while until they were soft. Cooking them mellowed out some of their sharp flavor. Instead of using Chinese sausage as my aunt’s recipe calls for, I added more shitake mushrooms for a meaty texture and flavor. Dried shrimp is another traditional ingredient that adds some texture and brininess to these cakes. The binder in this recipe is finely ground rice flour, so these turnip cakes are gluten-free. To mold the turnip cakes, the batter is poured into loaf pans and steamed. I used two mini-loaf pans for this recipe. 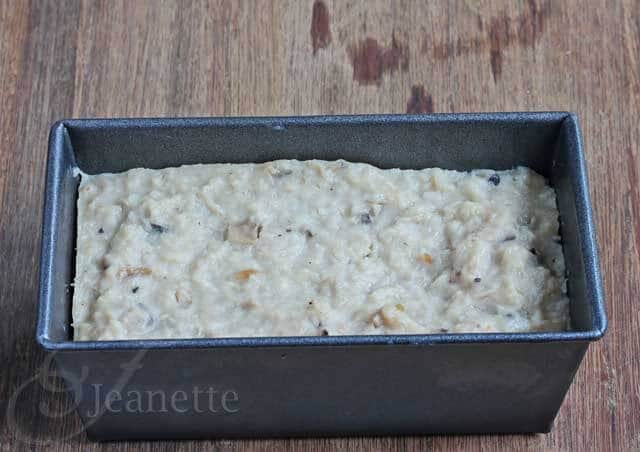 Chinese Turnip Cake tastes best when pan fried, so I refrigerated the steamed turnip cakes overnight and pan fried them the next day. 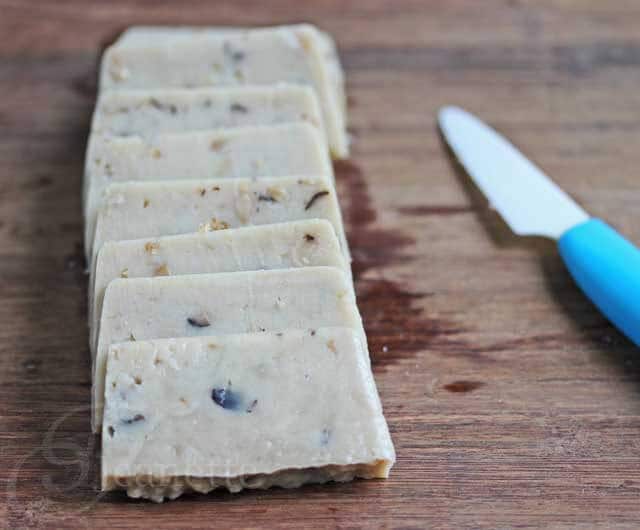 I served these Chinese Turnip Cakes (albeit using regular turnips, not Daikon radish) to my husband the other night as a late night snack with some oyster sauce – he loved them and couldn’t believe I made them. I served the rest to my kids the other night and they also enjoyed them. Next time, I’ll try making these with Daikon radish to see the difference. Although a bit time consuming, these turnip cakes satisfied my craving for dim sum and I learned something new.

This recipe is usually made with a long Chinese turnip or Daikon radish, which are milder in flavor and are less dense than regular turnips. These turnip cakes were delicious nonetheless. Oyster sauce and chili sauce are the perfect accompaniment.
Prep Time 30 minutes
Cook Time 1 hour 30 minutes
Total Time 2 hours
Servings 4 -6 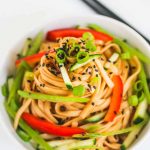 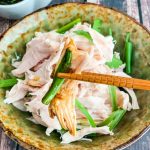