Asian Sesame Spinach Salad is a healthy side dish that is easy to prepare. 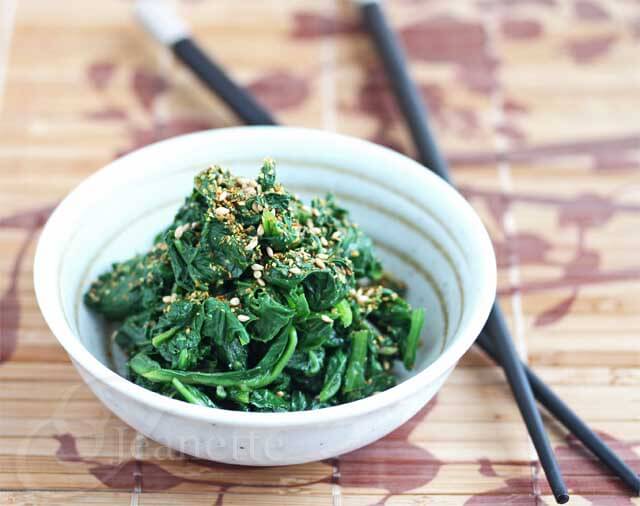 Remember when Popeye would open a can of spinach just before his muscles would pop out of his shirt? Well, Popeye was onto something because as it turns out, Spinach is a Power Food. Although canned spinach sounds just as unappealing to me as the spinach I remember our cafeteria serving, I do love a fresh spinach salad, or spinach that’s been lightly blanched or sauteed just until tender. I’ve even snuck spinach into ice cream to make green ice cream before, and added them to green smoothies.

This week, a group of bloggers is featuring Spinach as a Power Food. This weekly food blogging group features a different Power Food each week based on the book Power Foods: 150 delicious recipes with 38 Healthiest Ingredients from the editors of Martha Stewart’s Whole Living Magazine. Power Foods are foods that are outstanding in the amounts of vitamins, minerals, phytonutrients, essential fatty acids, fiber and more, that help fight disease and promote good health. 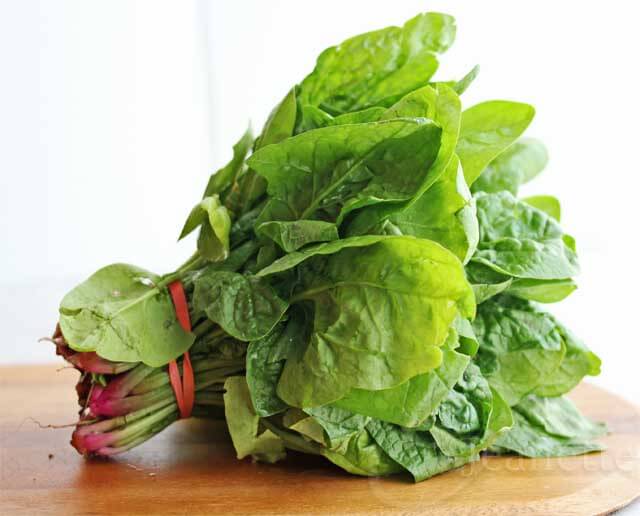 So, what makes Spinach a Power Food? Spinach is rich in vitamins and minerals, and is full of carotenoids and flavonoids that provide antioxidant protection. Not only is spinach exceptionally high in Vitamin K, Vitamin A, folate, and manganese, but it is also very high in Vitamin C, Vitamin K, riboflavin, Vitamin B6, calcium, iron, potassium, and magnesium.

In a recent study, spinach came out on top as a vegetable that provides significant protection against the occurrence of aggressive prostate cancer.  Spinach contains certain unique anti-cancer carotenoids called epoxyxanthophylls.

Due to its high concentration of oxalic acid which reduces the absorption of calcium and iron, it is recommended that spinach be cooked briefly before eating. Boiling the spinach breaks down the oxalates, making the iron more easily absorbed. However, to minimize loss of nutrients, only brief cooking is suggested (one minute).

This Asian Sesame Spinach Salad relies on briefly blanched spinach, and is one of my favorite ways to prepare spinach in the summertime. 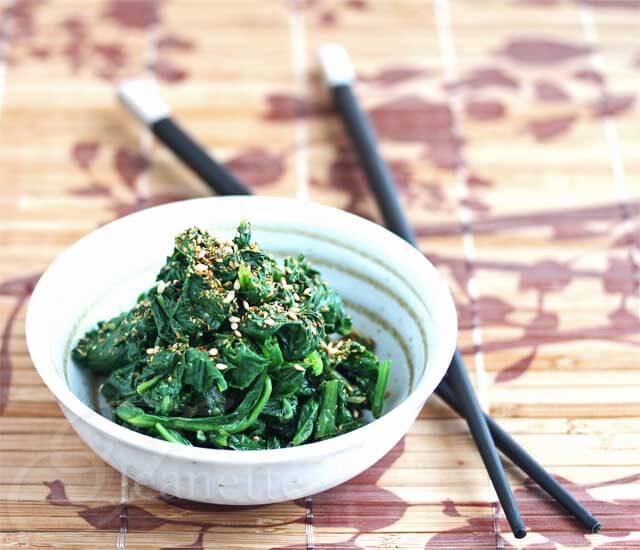 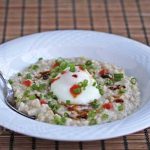